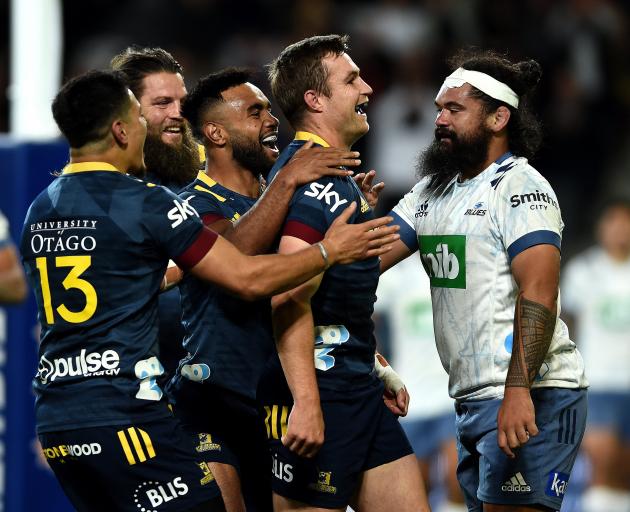 Michael Collins celebrates a try during this year’s win over the Blues at Forsyth Barr Stadium as (from left) Sio Tomkinson, Josh Hohneck and Jona Nareki celebrate, as Blues hooker Leni Apisai watches on. Photo: Getty Images
Saturday night’s Super Rugby Trans-Tasman final will be the first time the Highlanders and Blues have met in a final. But they have had plenty of memorable encounters. Jeff Cheshire looks at five of the best between the sides before their battle at Eden Park. 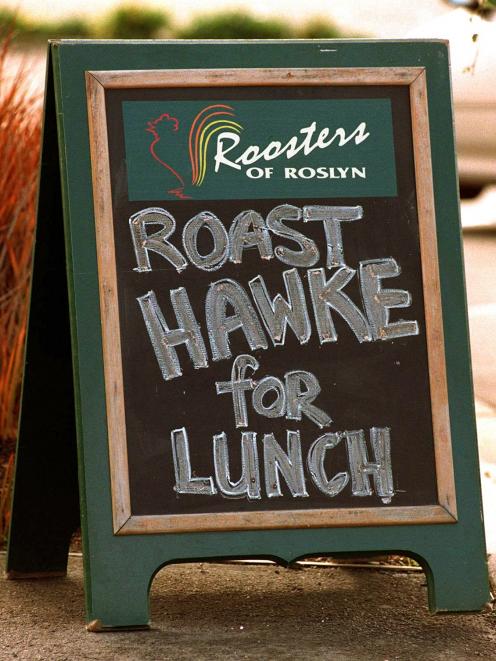 A sign outside the Roosters of Roslyn restaurant the day after the 1998 semifinal shows the feeling towards referee Colin Hawke from Highlanders fans. Photo: Gerard O'Brien
The Highlanders came agonisingly close in the only other playoff match between these teams. They had never got close to the Blues, who had dominated the early years of Super Rugby. On this occasion, they trailed 30-26 with 15 minutes to play in the semifinal at Eden Park, when Jeremy Stanley was taken out by Joeli Vidiri — which went unnoticed by Otago’s favourite referee from the 1990s, Colin Hawke. It allowed Adrian Cashmore to score the softest of tries, the pivotal moment in the Blues reaching their third final in as many years. 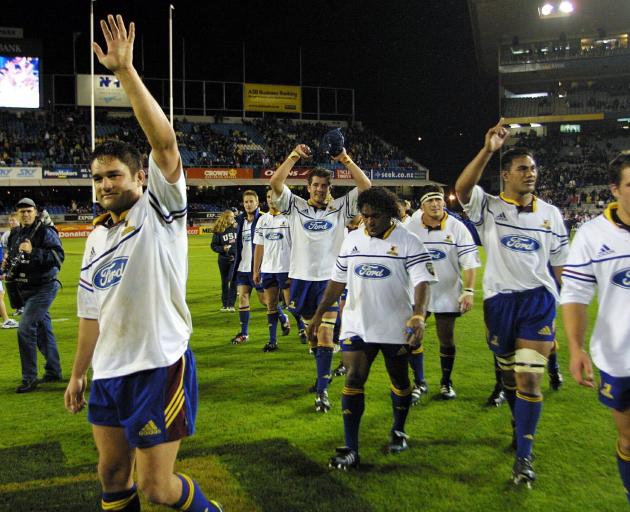 Captain Taine Randell leads the Highlanders off Eden Park in 2002 after claiming the first win at the ground by an Otago-based team since 1976. Photo: Getty Images
It had been 26 years since an Otago-based team won in Auckland — and there had been plenty of near misses. Finally the curse was broken in the inaugural Gordon Hunter Memorial Trophy game. Tony Brown kicked the Highlanders to a 15-3 halftime lead, which became 20-3 when Jeff Wilson drove Willie Walker over for a try. Wilson made the defining defensive play too, coming off his wing to beat Carlos Spencer to the ball near the posts and deny the Blues what would have been an equaliser. 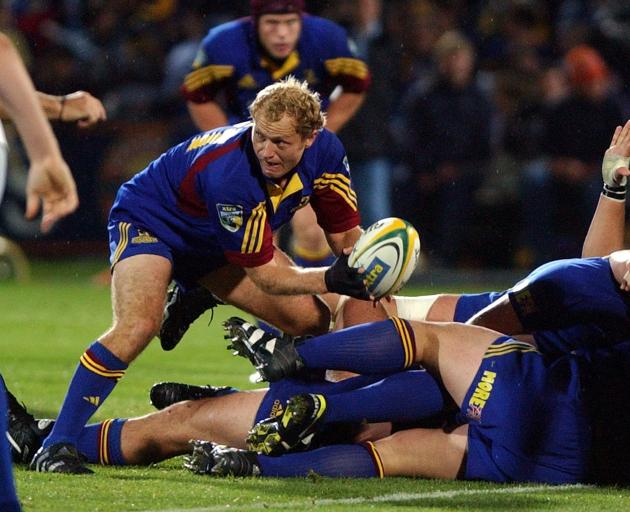 Tony Brown fills in at halfback in the 2003 victory over the Blues at Carisbrook, after both Byron Kelleher and Danny Lee left the field with head knocks. Photo: Getty Images
It was the win that denied the Blues an unbeaten season in 2003. The Highlanders lost six players to injury — a broken leg to Paul Williams causing a long break in play and halfbacks Byron Kelleher and Danny Lee picking up head knocks, leaving Tony Brown to fill in at nine. But somehow they held a lethal Blues side scoreless in the second half. Willie Walker kicked five penalties, before Anton Oliver crashed over to create breathing space eight minutes from the end. 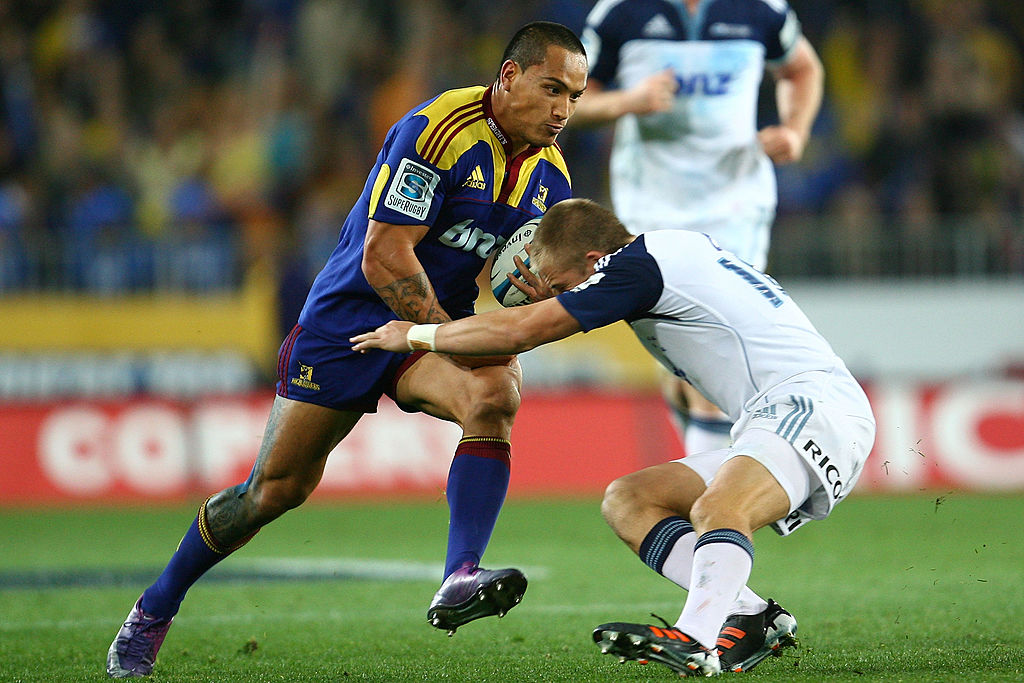 Of course the most relevant of these is the last time the sides met. The winner on that occasion — the Highlanders. The Highlanders bullied the powerful Blues forward pack around Forsyth Barr Stadium. That helped the home team to a 22-17 halftime lead, which it extended after the break, before the Blues threatened a late comeback. It was one of this year’s signature wins, but more importantly shows these Highlanders can beat this Blues side.