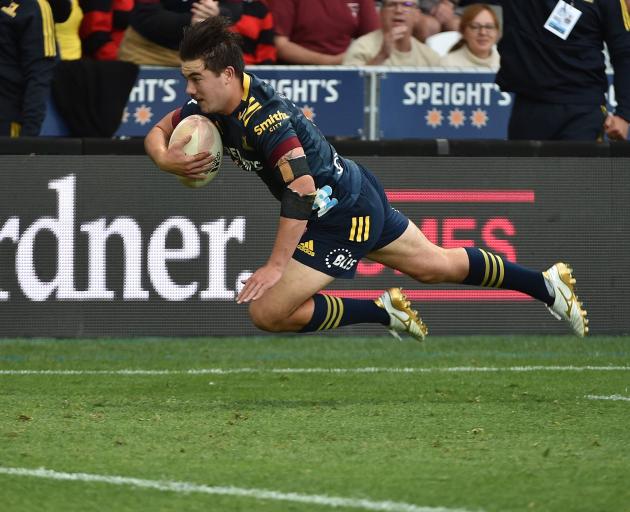 The Highlanders chucked the kitchen sink and more at the defending Super Rugby Aotearoa champions but could not crack them at Forsyth Barr Stadium last night, with the Crusaders running out winners 26-13 after leading 14-10 at the break.

Mind you, one would like to go to school in Crusaders land — you can be naughty, ignore the rule book and it takes a mighty long while for any real punishment from the head teacher to be handed out.

The Highlanders had long periods when they punched away and they scored a beautiful try in the first half but they could not find a way through the visiting side’s defence.

Playing the game right on the line, as they so often do, the Crusaders picked up two yellow cards and it was deserved as they pushed the boundary and beyond.

But in the end it worked as they pulled the trigger when it was needed to come away the winner.

There was a costly knock-on with about 20 minutes to go from halfback Folau Fakatava. It was a minute offence and if it had not been called by the TMO then the Highlanders would have scored and gone ahead.

But it was not a try and the Crusaders eventually rolled down the field and replacement hooker Brodie McAlister scored.

Best for the Highlanders was first five-eighth Mitch Hunt and wingers Jona Nareki and Connor Garden-Bachop, while Josh Dickson and Siate Tokolahi were strong in the pack.

The Highlanders had the weight of possession in the opening half hour of the game but found themselves down on the scoreboard.

The side punched away at the opposition to start with but did not ask enough questions of a Crusaders defence which did not stand back.

The Crusaders stayed composed and struck when they had their first decent chance with the ball.

Hooker Codie Taylor ran on to a nice short ball and exploded from nearly 40m out to dot down after nine minutes.

Just five minutes later the ball was swept wide by the red and blacks. Winger Sevu Reece ran into some space and then a nice cross kick found its way into the hands of halfback Bryn Hall who dived over.

The Crusaders were up 14-0 and it looked ominous for the home team.

But the Highlanders swung back on attack and this time got the dividends.

Halfback Aaron Smith threw a 10m wide ball to a waiting Shannon Frizell and the big flanker found very little in front of him. He crashed over to get the Highlanders on the board after 24 minutes.

Then, with five minutes left in the half, the Highlanders scored a peach of a try.

Some delightful quick hands put winger Nareki in a gap. He saw off the covering defender, drew the last man and then passed to Garden-Bachop, who sprinted 25m to score a stunning try on his Highlanders debut.

It was a great way to end the half.