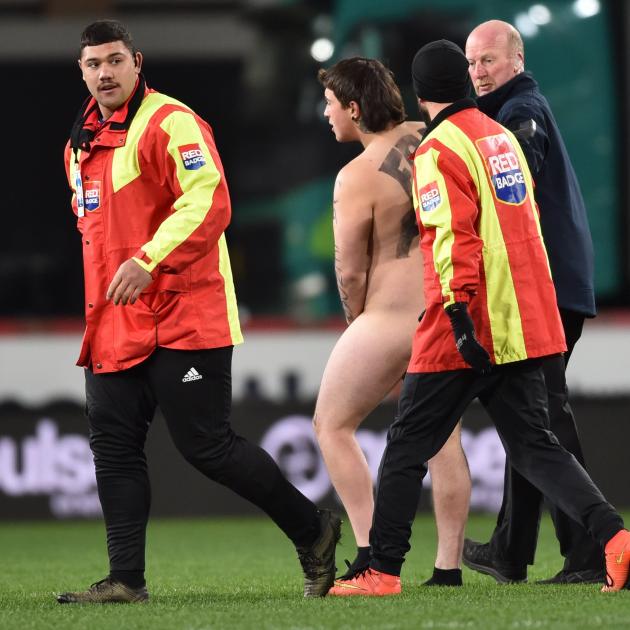 A video on social media shows the man sidestepping three guards, before getting tackled to the ground, with the crowd cheering on the action.

The Highlanders were eventually overrun in the match, after leading 17-14 at the break.

Meanwhile, a fan who streaked at Forsyth Barr Stadium last month said it was "the best feeling" despite having to show up in court later that week.

Flintoff was unofficially christened the first post-Covid streaker in world sport in what was the first top class rugby match to be played with crowds since the worldwide sporting shutdown. 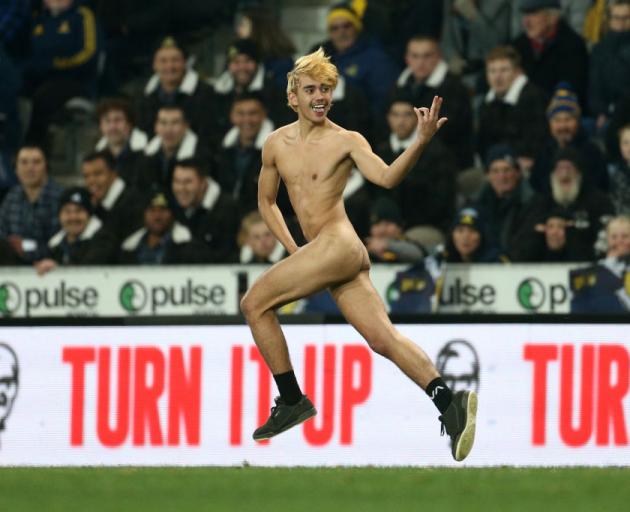 Kenny Flintoff runs onto the field during the Super Rugby Aotearoa match between the Highlanders and Chiefs at Forsyth Barr Stadium. Photo: Getty Images