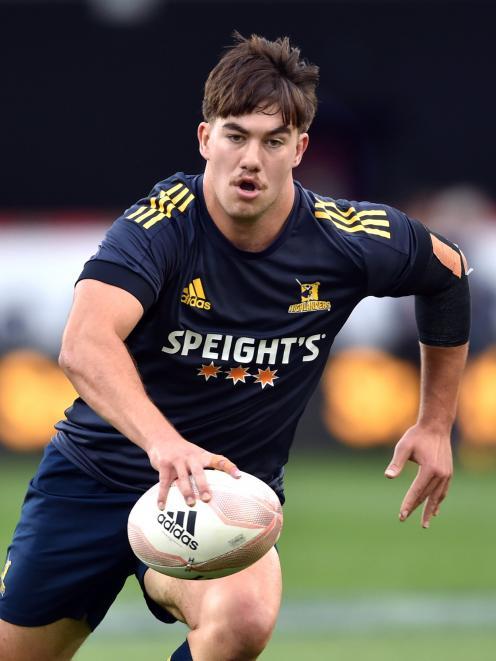 Connor Garden-Bachop. Photo: Peter McIntosh
It is the only change to the Highlanders' backline from last week, as the side prepares to face the Blues at Forsyth Barr Stadium.

Garden-Bachop has been ruled out for the season with a wrist injury suffered in last Saturday's loss to the Chiefs.

In the forwards, Josh Dickson replaces the injured Pari Pari Parkinson at lock, while Billy Harmon switches places with James Lentjes and the props have been rotated.

Manaaki Selby-Rickit, Marino Mikaele Tu’u and Michael Collins all come onto the bench.