Landers set on bringing their spark back in battle 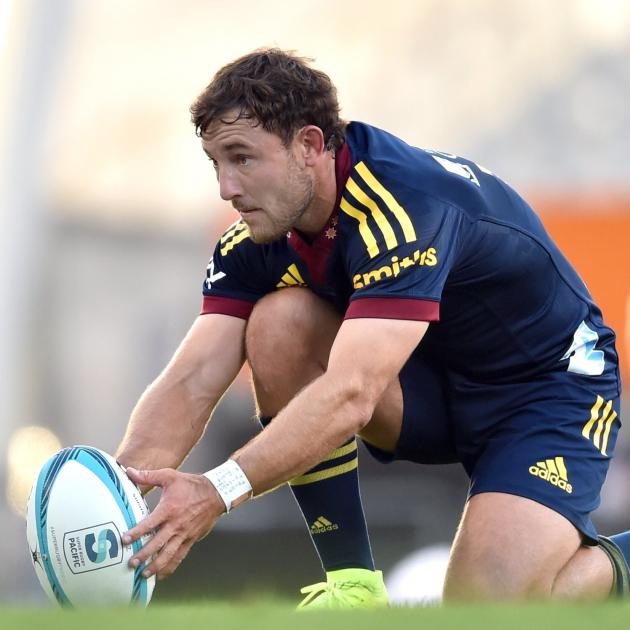 The Crusaders are awfully good and found a way to inch away from the Highlanders in the final quarter of the game.

It was a willing contest and there was no shame in the 34-19 loss.

But the Highlanders are 0-2 in Super Rugby Pacific and Hunt is keen to avoid a third straight loss when his side plays the Hurricanes in Wellington tonight.

The game tape from the Crusaders’ loss was a tough watch for the No10.

"Those clips show a few opportunities that we let go ... and that has left a wee knot in my gut," he said.

"I know it is a bit the same for the other guys, and especially in our backs where we are supposed to be the spark of our team and we probably let our guys down there."

He felt his side gave the Crusaders too much possession in the final 15 minutes. But it also came down to a wonderful offload by Leicester Fainga’anuku and a brilliant finish by Will Jordan.

With the Hurricanes finishing strongly to beat the Blues 33-32 on Saturday, the Highlanders will need to find more resolve in the final quarter of the game.

"As Browny talked about, we missed a few opportunities, shut up shop a little bit. I know the guys are feeling that knot as well and they’re excited to try and play a full 80," Hunt said.

The Highlanders have made a change at halfback. Folau Fakatava will start ahead of Aaron Smith and will bring some attacking flair.

Winger Josh Timu has been sidelined for six weeks with a knee injury (posterior cruciate ligament), so Liam Coombes-Fabling will make his debut.

The Highlanders have been doing a lot right on attack. They have carried strongly and there has been plenty of quality of offloads.

The bruising midfield pairing of Thomas Umaga-Jensen and Fetuli Paea have contributed well in that area, and Hunt believed they had a lot more to offer.

"It is great having the safety of those sizeable midfielders — the X-factor players.

"It just gives you an extra bit of dynamic to our backline."

Hunt will go up against promising first five Ruben Love.

Love made an impact for the Hurricanes last week.

"He’s obviously a handy footballer, someone to keep an eye on this weekend for sure.

"They are all good footballers, they’re all good athletes. We can’t just focus on one person.

"But, yeah, he’s handy. We’ll shut him down, we’ve got a few guys to shut down. I’m looking forward to the battle."

At the top of the list of players to shut down would be All Black loose forward Ardie Savea. That certainly will not be easy.

But if the Highlanders cannot find a way, then the next game tape might leave another knot in the tummy.