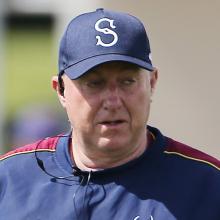 MacLeod has joined the new Moana Pasifika franchise, based in Auckland, as its defence coach.

The Stags have struggled to win games over the coach’s two seasons in charge but they have generally shown plenty of defensive nous and grit, something that has clearly been noticed by Moana Pasifika and former Highlanders coach Aaron Mauger.

"Dale knows how to work hard and well in a challenging environment.

"He knows how to roll with the punches that Covid tends to throw at a rugby team, and he knows how to make the best of whatever hand he gets dealt.

"His work with Southland on defence got everyone’s attention and his leadership style is a great fit for Moana.

"He is a man who is passionate about rugby and really believes in his players.

"He has high standards, takes pride in his work, and really invests in the growth and development of players." 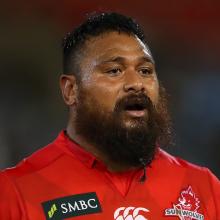 The long-serving prop played 91 Super Rugby games for the Blues, Chiefs and Sunwolves.

He finished his playing career in Japan with the Hino Red Dolphins before retiring in 2019 to focus on family and coaching.

"He is one of these freak players who has mad talent, which is why he has a Rugby World Cup medal from 2015 after he was called in as injury backup for the All Blacks," Senio said.

"He has been coaching with Counties-Manukau and we know that he will bring a fresh player’s perspective to his coaching. There’s no-one better to coach a scrum than someone who intimately knows what it’s like from inside the pack."

Both MacLeod and Manu have assembled with the Moana Pasifika squad, which is preparing for its inaugural season at Mt Smart Stadium.