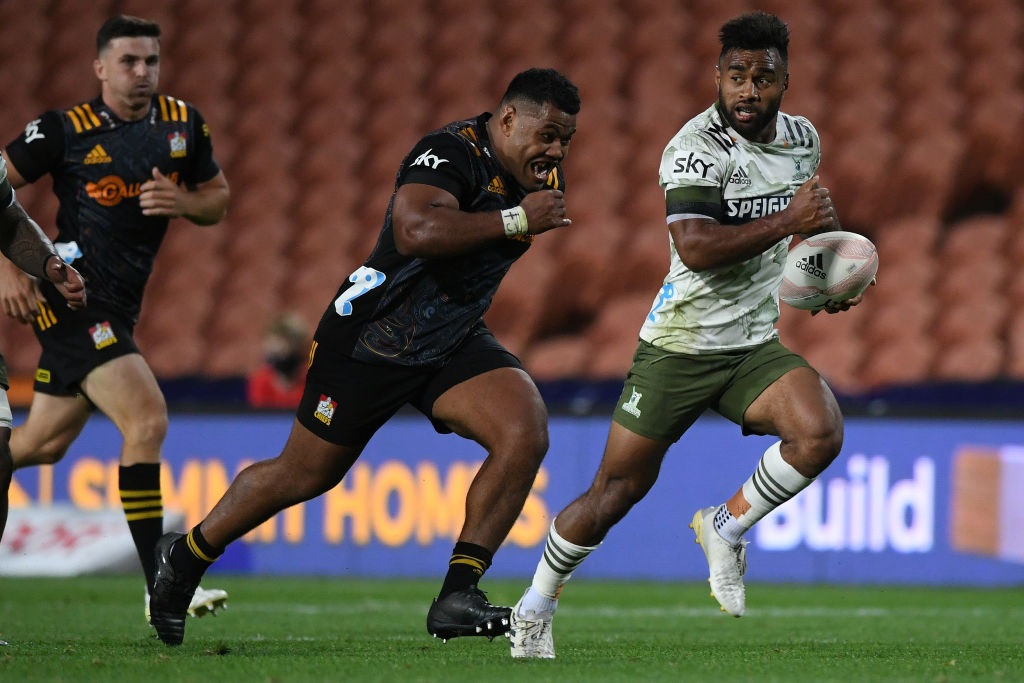 Riding on the back of an absolutely stunning performance from winger Jona Nareki, the Highlanders bagged a 39-23 win over the Chiefs in Hamilton last night, getting the southerners on the board in the Super Rugby Aotearoa competition.

Nareki scored three tries and was simply electric all night. He ran with the ball for nearly 200m and was a constant menace for the Chiefs defence.

There are plenty of quality wingers in the competition and Nareki deserves to be in that top echelon. And his most impressive piece of skill came when he did not even score a try.

Just past the 50-minute mark, Nareki received the ball deep in his own half. He took the ball to the line and then busted past a couple of tacklers, including player of the year and All Black captain Sam Cane. He swotted off another tackler and set up flanker Shannon Frizell to score.

Frizell’s score put the side ahead 25-20 and it never looked back. It won the second half 28-3 as the Chiefs fell apart.

All the better, the win gave the side a bonus point. 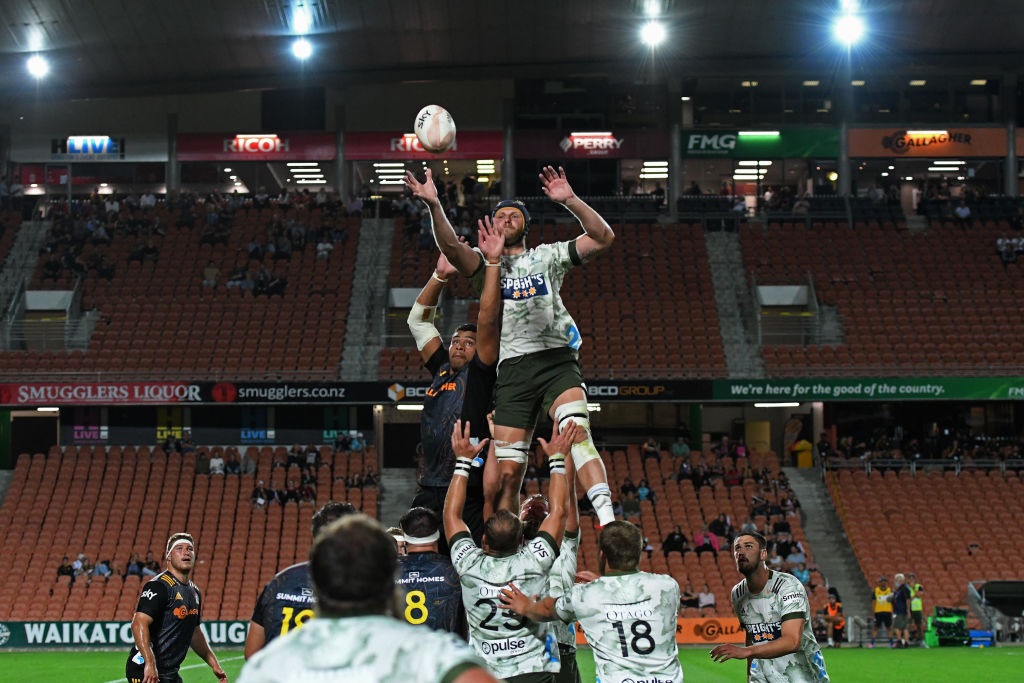 Highlanders lock Josh Dickson takes a lineout during the round two Super Rugby Aotearoa match against the Chiefs in Hamilton last night. PHOTO: GETTY IMAGES
Nareki wrapped up the win with the last two tries of the night. He came across to the right side and burst through a gap to snake his way over the line. Then he got on the end of a Mitch Hunt pass and was just quick enough to get to the corner and score.

By then the Highlanders had ascendancy in all departments as the Chiefs slipped into mistakes and the visiting side just closed the game down.

Apart from Nareki, lock Josh Dickson worked hard, while prop Sat Tokolahi got round the paddock. Highlanders loosehead prop Daniel Lienert-Brown left the field early in the second half with a nasty-looking arm injury.

The Highlanders were in the dog box for much of the first half with two players yellow-carded. The side gave away a penalty in the first 30 seconds from the first breakdown of the game and was behind on the scoreboard straight away.

The Chiefs looked lively on attack and a nice break from halfback Brad Weber ended with Sio Tomkinson caught offside at a ruck and yellow carded.

With the backline defence down a man, the Chiefs immediately moved the ball off the resulting scrum to the midfield.

Anton Lienert-Brown ran hard and was held up just short of the tryline. No8 Luke Jacobson took the next pass and went over. 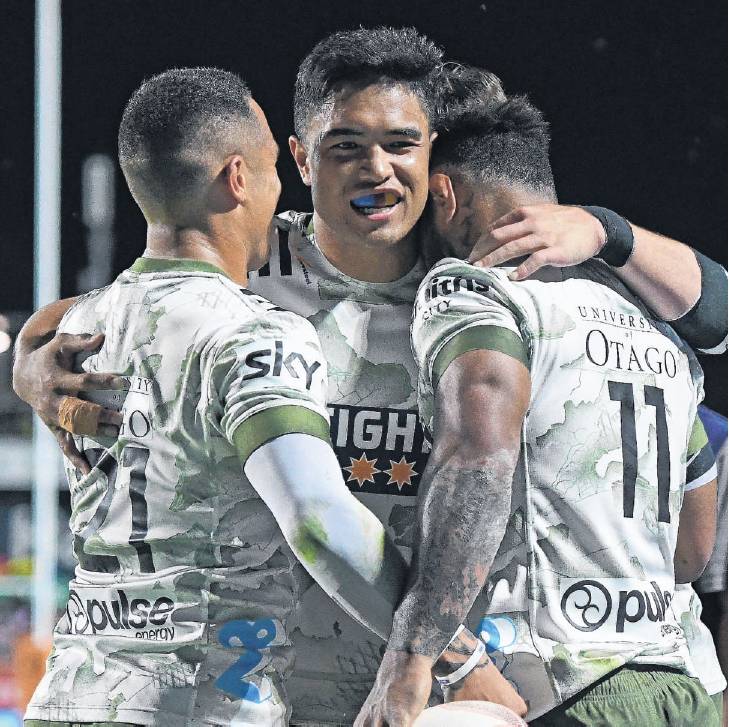 Backs (from left) Aaron Smith, Josh Ioane and Jona Nareki celebrate a dramatic Highlanders win. PHOTO: GETTY IMAGES
The Chiefs kept the pressure on the 14-man Highlanders side. Just before the half-hour mark, the Highlanders again found themselves going backwards.

The Chiefs moved the ball both sides and then a nice long ball was snapped up by Damian McKenzie who went in under the posts.

The Highlanders looked out for the count shortly afterwards when skipper Ash Dixon was yellow-carded, after going off his feet at the breakdown. It was a hard one to stomach as the Chiefs had two forward passes immediately before Dixon did the dirty deed.

But the Highlanders came back into the game when a Chiefs chip kick found its way into Nareki’s hands and he ran 90m to score the try.

That gave the Highlanders a sniff when they went into the halftime break, down 20-11. 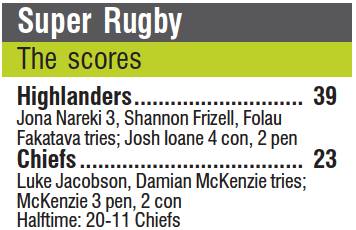