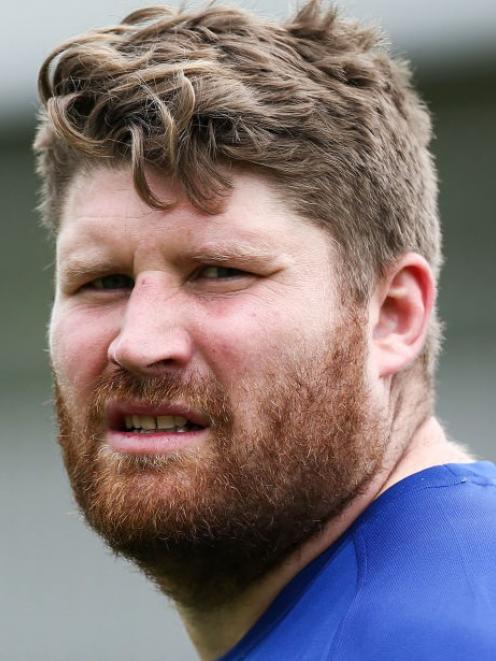 Scott Manson
Otago Spirit coach Scott Manson had no trouble naming his side for its season-opener against Taranaki at Forsyth Barr Stadium on Sunday.

Just about everyone available and fit has made the squad.

The Spirit is missing more than half a-dozen players. But by far the biggest setback is the loss of star openside flanker Georgia Mason for the season.

She has had surgery on her knee and will miss the entire campaign.

"Her rugby knowledge is outstanding and she is probably the best in the Farah Palmer Cup at getting over the ball and getting turnovers."

Lock Julia Gorinski has a real estate course she cannot get out of, while winger Trisha Hopcroft is in China for a week.

Back Sam Hollows and halfback Rosie Buchanan-Brown picked up head knocks during the pre-season and have been ruled out, while back-up halfback Jordyn Tereu and hooker Paige Church have ankle concerns. It is a big chunk of the squad missing.

"Everyone else gets a go," Manson joked.

He was disappointed not to have more players available but "it is an opportunity for lots of new players".

Bree Thomas will make her debut. The loose forward is the sister of Southland captain Flynn Thomas and she made quite an impact during the club season for University.

There are four other new caps on the bench.

The Spirit brushed aside Taranaki 65-0 in New Plymouth last season.

"I'm sure they have improved over the summer. All the women's teams are getting more and more resources and everyone is improving.

"But we are still going into the match as favourites I'd say."

While there are some fresh faces in the squad, Manson can lean on plenty of experience as well.

Greer Muir has shifted into the forwards this season but she is in her eighth season with the Spirit.