Plenty of choices for Highlanders 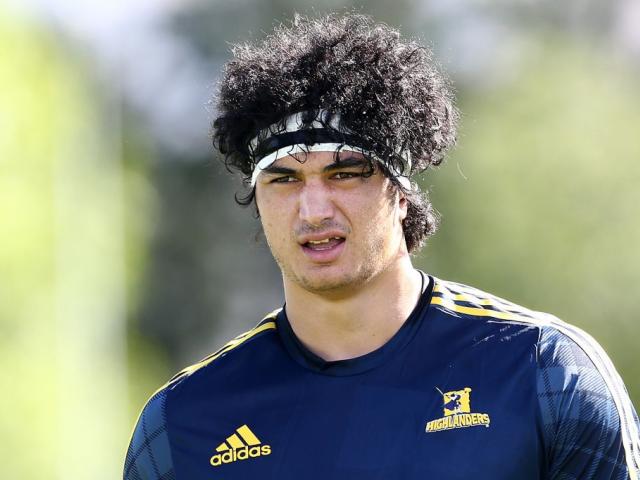 Prop Ayden Johnstone also may be unleashed this Friday against the Hurricanes and there could be the first sighting of Japanese new boy Kazuki Himeno.

Former All Black loose forward Liam Squire is still being managed and it is unclear whether he will be available for this Friday night.

The Highlanders had the bye over the weekend, resting to get ready for the Hurricanes.

Highlanders assistant coach Clarke Dermody said the side had a few days off after the Blues game on March 14.

The team had come together late last week and was now fully focused on the match against the Hurricanes.

The Hurricanes find themselves at the bottom of the Super Rugby Aotearoa table, having lost their first three games.

But Dermody said the Hurricanes would be hungry for a win.

‘‘The nature of this competition is that anyone can beat anyone. Unfortunately for them, they have just been on the other side of those first three games.’’

The Hurricanes were a Jekyll and Hyde outfit, looking great in the first half against the Chiefs to lead 26-7 before being run down and losing 35-29.

Dermody said the Highlanders were focusing on the Hurricanes bringing in their best game.

‘‘We know the attacking threats they have got and they started using their set piece a little more against the Chiefs. So we know they are a threatening team. If we allow them space and time, they can punish you pretty quickly.’’

Dermody confirmed Parkinson, Johnstone and Himeno had played in the Highlanders Bravehearts game in Pleasant Point on March 13 and had got through that game. They would be available for selection for this week.

Squire was simply week to week, on his way back from serious hip and knee surgeries.

Johnstone would be a welcome addition to the side, not only because of his set piece work but also he was part of the leadership group.

Winger Jona Nareki had picked up a knock on the hip against the Blues, forcing him off the field.

He was still feeling it but it was hoped he would beavailable for the side on Saturday.

Parkinson was a big man who could add plenty to the side when he got on the field.

‘‘He just adds adifferent element to our forward pack. He is obviously a big human. We will be taking it easier with him because of how long he has had off.’’

Dermody said Parkinson had had a full reconstruction of his ankle and was itching to get out on the field.

The assistant coach said as far as he was concerned, the set piece game and rolling mauls were akey part of the game and it was up to teams to stop them.

‘‘There is heap of technique involved and as a coach we try and highlight that. It is not always the biggest guy winning.

‘‘I reckon that is great for any team that can stop each other. It is us being technically better and better on those moments.’’

This week’s game will be Aaron Smith’s 154th match for the Highlanders, passing Ben Smith’s record of 153 games for the side.