The latest incarnation of the NPC draw is out and it is going to take a while to explain.

Here is the short version.

The Otago-Northland game will go ahead but will be played in Rotorua on Friday night.

Promotion-relegation has been ditched for this year.

The points for the scheduled games against the three Auckland-based teams will now be split two points for each team.

And non-competitive games have been introduced to fill the gap left by the Auckland-based teams, whIch have been unable to rejoin the NPC because of Covid-19. 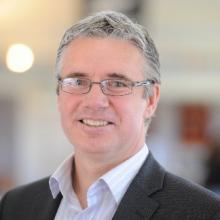 Richard Kinley
There is a bit to unpack there.

He advocated strongly to retain the incentive of promotion-relegation.

But he is pleased the draw for the remainder of the competition has been finalised and that the players and management staff now have some certainty as to the shape of the campaign.

‘‘Now we know what we are working towards and we can get on and prepare a plan for the rest of the season rather than working week by week which is what we have been doing,’’ he said.

Otago was to play Northland in Whangarei on Friday but the game has been shifted to Rotorua as a result of Northland’s elevated Covid-19 alert level.

The Taniwha relocated to Tauranga before the lockdown cut-off and are now based in a secure facility in the city.

Some of Otago’s incentive to do well in the Championship tier of the NPC has been rubbed out by the decision to do away with promotion-relegation this season.

New Zealand Rugby general manager of community rugby Steve Lancaster said some tough decision had to be made to ensure the integrity of the competition was maintained.

“We acknowledge there are elements of the competition which have been impacted, which is unfortunate but also unavoidable,’’ he said in a statement.

‘‘It wasn’t an easy decision to remove promotion and relegation. We realise this is disappointing for some teams but with the Auckland region unable to compete, we needed to ensure the competition outcomes are as fair as possible and we also don’t know with any certainty that further teams won’t be impacted by Covid-19 restrictions before the end of the competition.’’

Kinley said Otago fought to retain promotion-relegation because ‘‘we felt that was an aspirational goal for every team in the Championship and it just gives you that extra drive’’.

The points for the games against the Auckland-based teams will be split two points for each team and non-competitive games will take place between the teams scheduled to play Auckland teams that week.

The non-competitive games are designed to keep teams active and the players in condition.

Otago has one non-competitive game scheduled against Wellington at Forsyth Barr Stadium on October 30.

Otago had to wait an extra two weeks following lockdown before returning to the field and Kinley felt the side may have benefited from some non-competitive games during that period.

‘‘Maybe we should have played but what they don’t want to do now as we go forward is have too many teams not playing in the weekend.

‘‘While they might not count for competition points, they are still going to be really meaningful games.

‘‘The Mike Gibson memorial trophy will be on the line against Wellington which means a lot to both unions.’’

A proposed Super City competition for the Auckland-based teams is still be considered as an option.