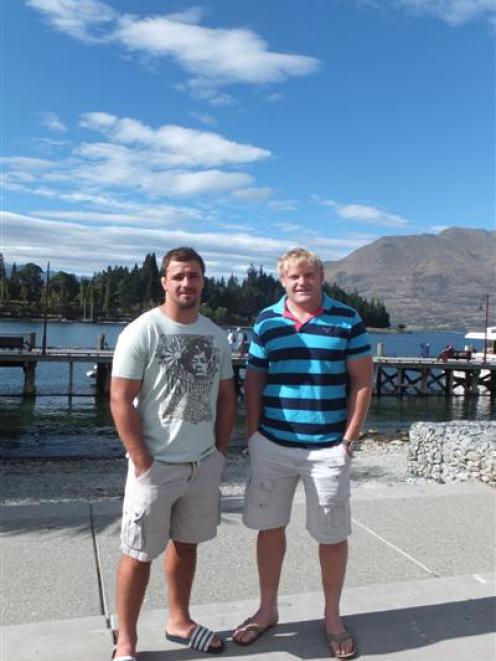 The Cheetahs have spent the week in Queenstown, training and relaxing in what Strauss says is the team's favourite place to stay when touring.

Players have skydived, taken a ride on the Shotover Jet and played a round of golf at Jack's Point, but Strauss insists rugby is still the priority.

''We've had a couple of decent training sessions during the week, so our main focus is still rugby,'' he told the Otago Daily Times.

''It's not difficult to get the guys up for the game. The whole atmosphere here actually makes the guys more relaxed. It gets you in a positive mood.''

It is an important game for the Cheetahs, thumped 45-3 by the Chiefs last weekend, and the captain has complete faith his team can get its first win.

''We still don't doubt ourselves. We are very positive. We had a good week on the training field and we have had time to sort out things that we didn't achieve last week.

Strauss is aware the Cheetahs have not beaten the Highlanders since entering the competition in 2006, and that the Highlanders will be stung by their own loss to the Chiefs in the opening round.

''They've got a very good team this year. They've always had big names, but they have some quality individuals and it's difficult to take out one part of their game.

''I think they are a proper rugby side. They can play out wide, they're very physically tough up front, at mauling time they can stop the mauls, they can pick and go and they have very big backs.''

Strauss compares his young side with the Highlanders three seasons ago and is fine with carrying the underdog tag, if it means relieving the pressure and winning games.