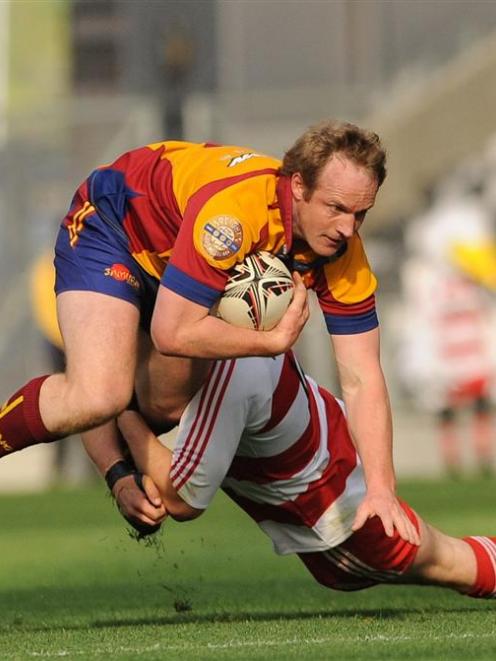 The side scored five tries to two in defeating a fresh West Coast team 29-19 in a Heartland Championship battle, but it blew plenty of opportunities.

Time after time, North Otago broke the West Coast defence only to lose the ball with the line wide open or choose the wrong option.

It had some exciting players in winger Whiria Meltzer, who helped himself to three tries, and centre Faaitu Tuamoheloa, but if it had taken all the chances on offer, it would have easily scored a half-century.

"We wasted a good few opportunities after creating a lot. Some of our option-taking let us down and it was that early season stuff where we lacked a bit of combination," he said.

He was very impressed by the stadium, wanting to take the ground back to Oamaru. The turf stood up well, he said.

North Otago coach Barry Matthews said his side was a bit skittery, and though he was happy to win, the side had gone away from its game plan.

West Coast coach Anthony Lawry said he was pleased with his side's first hit-out, considering it was the debut for many of his players.

"It's a good stepping stone for us, giving some guys their first game for the Coast, and it is a good experience for them," Lawry said.

"It is an outstanding facility and an incredible experience for our guys. I can't speak highly enough about it. It was dead level. Most grounds have a run-off from the centre but that was perfect. I'd like to take it home."

Meltzer then scored halfway through the first half, skirting across from his other wing.

Shannon Donald had scored the first points on the ground after seven minutes with a simple penalty in front for the Coast.

Meltzer then scored his second try early in the second half, after being put in the gap by second five-eighth Luke Herden.

Herden scored four minutes later and North Otago threatened to open the floodgates but West Coast hit back and scored two tries on either side of Meltzer's third try.

Best for the Coast was fullback Luke Hughes, while blindside flanker Rowan O'Gorman got through plenty of work. 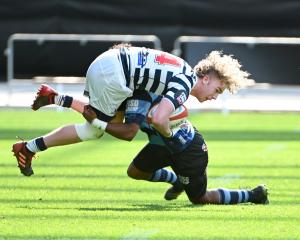 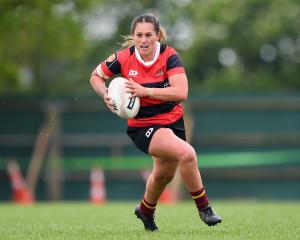 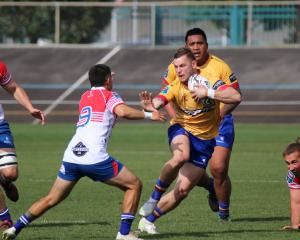 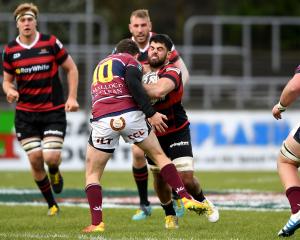 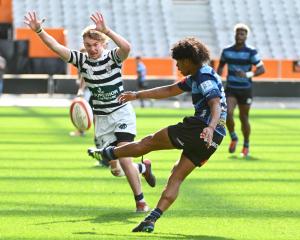 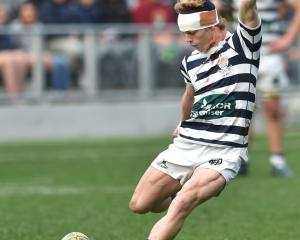 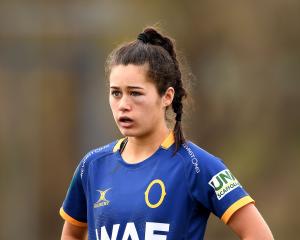