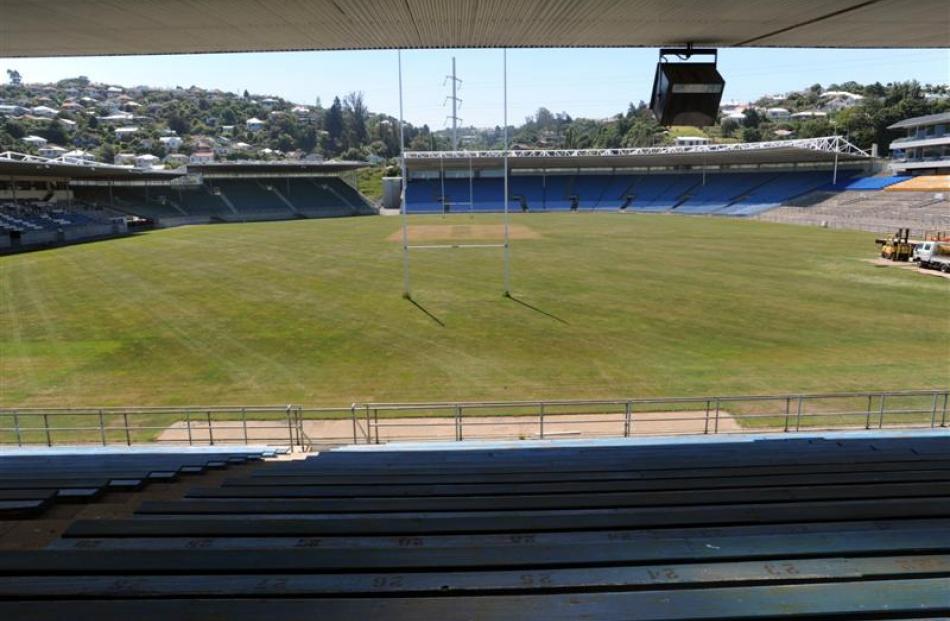 As the Otago Rugby Football Union continues to struggle to balance its books, rugby writer Steve Hepburn looks at how it got there and finds it is not alone.

As soon as it went professional in 1996, rugby was said to be a business.

Actually, it was a business long before then, but the new era ushered in players being paid above the table.

And what is the first rule of business?

Costs must be matched by revenue. What you pay out you must get back in.

But in the past 15 years, that is what the Otago Rugby Football Union - like most rugby unions in this country - has not managed to do.

In the past five years, the Otago union has racked up losses totalling just under $4 million. Much of that consists of paper losses, but they still sit on the account books.

When it possessed a valuable asset in Carisbrook, the losses were not a worry. The ORFU simply had the ground to borrow against.

Own a flash house and you can borrow against it to buy a new car.

The problem is the Otago union bought too many cars, and the house plummeted in value.

In 2004, Carisbrook, with its stands, land, hospitality suites and other items, was valued at more than $20 million on paper.

In that year - which was when the idea of a new covered stadium was first mooted - the Otago union had three loans, valued at just over $6 million, to help run its business. All were taken against the ground.

In hindsight, that was right about the time the union should have sold the ground, repaid the loans, banked a nice nest egg and then got on with the business of being a rugby union, with income matching revenue.

But it did not, and costs climbed. Players were on good money, staff - and there were plenty - were also on good money, and the union could always borrow against the ground.

Average players were signed to large, long-term contracts but at the same time the ground value plummeted, and crowds dwindled.

It was the perfect storm.

As the momentum continued for a new covered stadium, it became clear the union had to sell Carisbrook to help the new stadium succeed.

After some tense negotiations, the Dunedin City Council bought the old ground for $7 million in August 2009.

Many thought this cash was enough to clear the debts of the Otago union. But it wasn't. It cleared the debt the union had with the council but other debt remained.

The union had to take out a $1.2 million loan for three years to continue operations, along with a $100,000 overdraft.

This debt is due to be repaid to the Bank of New Zealand in the middle of this year, although it could be rolled over.

Whatever the bank does in the middle of the year, the fact is Otago is cash-poor.

The Otago side was runner-up in the national sevens tournament earlier this month in Queenstown but could not pay the $5000 entry fee.

Sevens with Altitude chairman Clark Frew said it was vital the host union took part and with "circumstances" making it difficult for Otago, organisers decided to waive the entry fee for the men in blue and gold. He declined to say what the circumstances were.

Frew said the Otago team repaid the organisers by making the final.

The books for the past financial year for Otago will not be revealed until next month but it is likely to be gloomy reading.

In 2010, income dropped by nearly a million dollars.

Technically, the union is insolvent, although that has arguably been the case for a decade as loans have been rolled over.

The wider picture shows Otago is part of a provincial rugby structure which is bleeding cash.

At the start of last year, Southland had run out of dollars after some over-optimistic budgets. The union had to go cap in hand to funders, and bring in a change manager.

Tasman has been bailed out, as has Counties-Manukau. Bay of Plenty was weeks from going under. Waikato cannot pay rent on its ground.

The problem is too many outgoings, and not enough coming in. Players are paid too much. The salary cap for the provincial competition was set at $2 million initially and that was way too high.

It has since been reduced, but when average players can earn up to $60,000 for 10 weeks play, that is asking for trouble.

Crowds are too small and the provincial competition is buried behind the All Blacks and the Super 15.

The New Zealand Rugby Union has racked up combined losses of more than $20 million in the past couple of years, and part of that was due to helping out provincial unions.

When the game went professional, the national union said it viewed the provincial competition as being a semi-professional game, at best.

The way the finances are going, Steve Tew and company get have their wish.