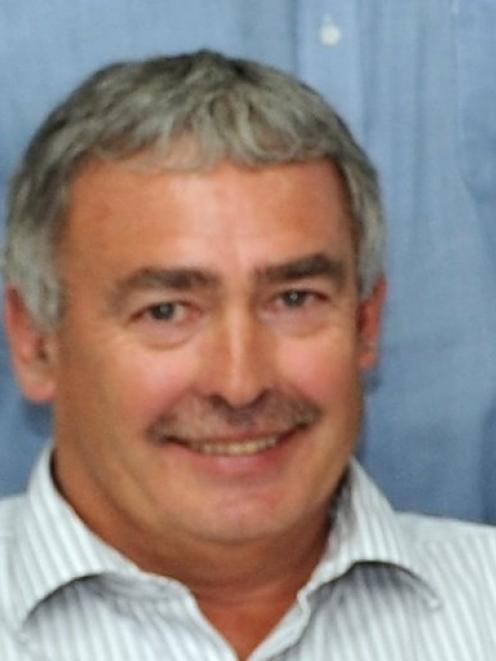 Union chairman Doug Harvie
The Otago Rugby Football Union has recorded a $406,800 profit, just over two years after it faced going out of business because of debts of more than $2 million.

The union now has reserves of more than $500,000, and is predicting a small profit for the coming year.

The union was boosted over the past year thanks to a huge gate for its only Ranfurly Shield defence, hosting an ITM Cup semifinal and keeping a tight rein on expenditure.

Union chairman Doug Harvie said the union was happy with the result and how it had come about.

''We have to pay tribute to the management at the union, who have kept a close eye on all the expenses and have not wasted a penny,'' he said.

''It has been a very good year. If we look back over the years it would be a long time since Otago rugby has recorded a profit, of this size anyway.

''I'm proud of the work the team has done and the way the team played.''

The union won the Ranfurly Shield for the first time in 56 years and a crowd of about 18,000 attended the side's first and only defence, when it lost narrowly to Hawkes Bay.

A home semifinal, also against Hawkes Bay, was another unexpected positive on the balance sheet.

The union budgets conservatively for ITM Cup games and the crowd of 18,000 - about four times what would have been expected - was a real financial shot in the arm.

Mr Harvie, a chartered accountant, said a change in the way the provincial model was set up by the New Zealand Rugby Union helped, but at the start of the financial year the union faced getting less money from the NZRU than the previous year.

But tight control, combined with board governance and discipline, had helped, and that would continue, he said.

There would be no spend-ups with money in the bank.

''We are not that flush. I would say we are entering a quiet jog and not running yet.''

In March 2012, the union was a few days away from going out of business, with debts of $2.2 million and creditors failing to come to agreement.

But a rescue package was nailed down and the union traded its way out of difficulty, albeit with some concessions from creditors.

Mr Harvie said the union was looking at developing some community rugby projects and getting people playing the game.

But every project would have to be costed and if it did not stack up, it would not go ahead.

He said player wages had decreased slightly, but were still a large part of the budget and attracting corporate backing was harder in a city which also housed a Super 15 team.

When asked whether the union would consider repaying some creditors who lost money when the deal was agreed to save the union from liquidation, Mr Harvie said that would not happen.

''The reality is what happened was most of the minor creditors were paid back in full, the medium creditors got 80c in the dollar and the major creditors had contracts and agreements.

''The major one of those was the city, but the deal we have done with the stadium gives them a fair chunk of the gate money when we play games.''

The union will hold its annual meeting on Monday night.