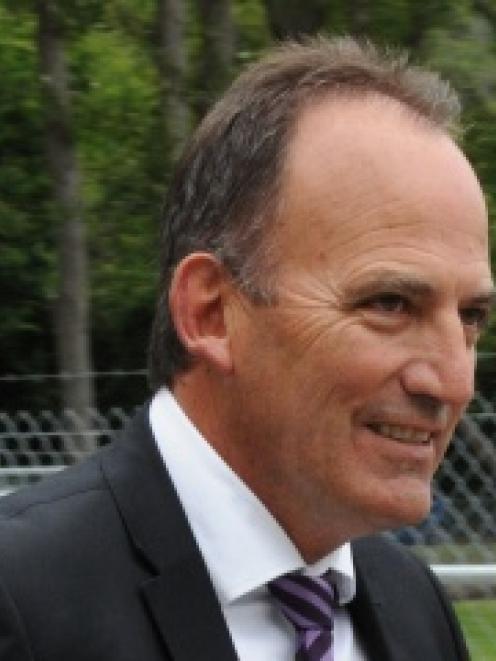 Wayne Graham.
A year on from the financial meltdown at the Otago Rugby Football Union and it seems everyone wants to look forward, not back.

One year ago tonight the financial mire the union was in was revealed to all at the annual meeting of the union.

The union almost went belly-up, drowning in a sea of debt, and it was only through hard work, the support of the community and some people and organisations stepping up to the plate which saved the union from going out of business a year ago. It was a pretty scary thought at the time - no rugby union, no blue and gold, no team for players to aspire to. The team that greats such as Wilson, Willocks and Duncan played for would no longer exist.

It seemed hard to believe after 131 years of existence. But it was saved, and it appears most have moved on.

They both said they were not there when all the drama unfolded, so could not comment on it.

Until the accounts were released for the 2012 year, which should be in the next week or two, they could not comment on where financially the union stood.

They had budgeted for a small profit and that should be the case.

Former ORFU chairman Wayne Graham, who fronted throughout the days when the union lurched towards liquidation and finally avoided it, had little to say when contacted by the Otago Daily Times.

He had a job to do and he did it, he said. He was no longer involved in rugby administration at any level, although he still watched the game.

Graham and board deputy chairman Laurie Mains got involved in a legal stoush with Dunedin Mayor Dave Cull over comments Cull made the day after a financial rescue was announced.

It was eventually settled and Graham did not wish to comment on that matter.

Former ORFU general manager Richard Reid, who led the union for more than four years up to November 2011, declined comment when approached. He has never commented on the issue.

New Zealand Rugby Union chief executive Steve Tew was at the meeting that fateful night a year ago, and uttered those scary words ''the hole is too big''.

The next day, he said he would be the first one to buy the beer if the union avoided liquidation.

In a recent interview, Tew joked he owed everyone a beer in Dunedin.

''But what has happened down there has been really positive in the past 12 months. The group that put their hand up to help and the new board are working really hard and being sensible,'' Tew said.

Tew said it was very tough to stand up at the meeting and outline the perilous state of the union last year. Things were not getting any easier. Costs were rising, funding was shrinking, but the same rules still applied: ''You can't spend more than you earn.''