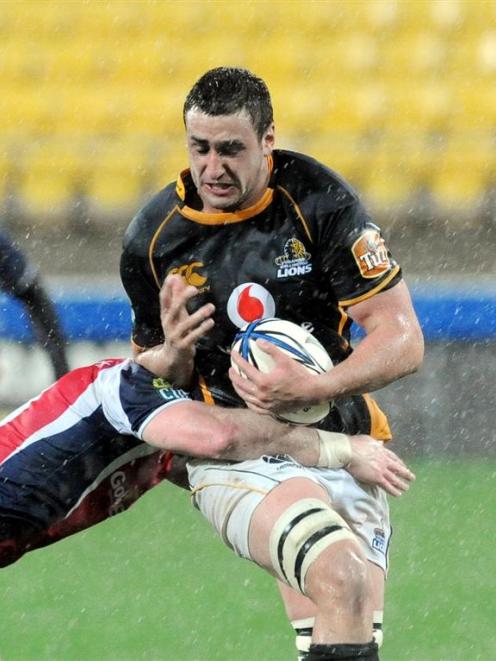 Otago rugby has cast its net wide - and wielded a stiff broom - as it assembles a squad it hopes will help erase the bitter memories of 2010.

Ten new players were included, and almost as many were cut, when Otago revealed the bulk of its contracted list yesterday.

The most prominent new names had been signalled, with former Otago favourite Tony Brown coming home from Japan for one more season in the No 10 jersey and as a player mentor, and one-cap All Black Ben Atiga coming south from Auckland to play in the midfield.

Of the others, the player with the most pedigree is Daniel Ramsay (26), the former Southland lock who played for Wellington and New Zealand Maori this year.

It is a homecoming of sorts for 23-year-old Verbakel, who was an outstanding basketball prospect when he was a pupil at Waitaki Boys' High School.

Otago's top lock, Tom Donnelly, will be hoping he is on duty with the All Blacks during next year's compressed ITM Cup.

Otago has gone with youth at hooker in the form of Liam Coltman and Sam Anderson-Heather, though the jury is out on whether Coltman, a converted prop, is best suited to the middle of the front row.

Injured veteran Jason Macdonald could be offered a lifeline.

The new faces in the loose forwards are Tasman flanker Daniel Crichton and Adam Hill, the Kaikorai openside flanker who earns a contract after an excellent year at club and Otago B level.

Otago has retained two of its prize jewels, captain Alando Soakai and sublimely talented loose forward Adam Thomson, but both have clauses that allow them to leave after the Super 15.

Thomson, in particular, might be keen to try a fresh challenge overseas if the All Black selectors ignore him again.

A former English Schools representative, Fenner played for the Otahuhu club in Auckland earlier this year and has also played domestic rugby in South Africa, for the Eastern Kings.

"He's a young kid with a big future and we've identified him as someone we want to take a good look at," Otago Rugby Football Union chairman Wayne Graham said yesterday.

"It's a bit of a gamble but we've checked out his credentials and they are pretty impressive."

Parker is recovering from a badly broken leg and Brown has had his own serious injury problems in Japan, which could leave Otago thin at the pivot and lead to a lifeline for Glenn Dickson.

Two new outside backs come from Wellington, which seems to have replaced Hawkes Bay as the new nursery of Otago rugby.

Buxton Popoali'i is an exciting wing or fullback prospect, while Hanipale Galo played for New Zealand Schools last year while at Wellington College.

"Popoali'i is a very good player who has played a bit for Wellington," Graham said.

"Hanipale had an injury last year but is a big, useful player who we hope will produce the goods down here."

That will leave four spots open for Dunedin club rugby players, or players coming off contract in other provinces, to join Otago.

Prop Sam Hibbard is understood to be retiring from rugby, while first five Chris Noakes has made himself unavailable.

Otago will need to find at least one more prop, probably two, and a couple of midfielders.

"We wanted to leave a few gaps open. We'll also look at having a trial in the new year," Graham said.

Development contracts have been given to Otago Under-19 players Matt Faddes, Blair Tweed, Jayden Spence and Lee Allen, as well as Wellington newcomer TJ Ioane.