Rugby: Parata may be small but he has a big heart 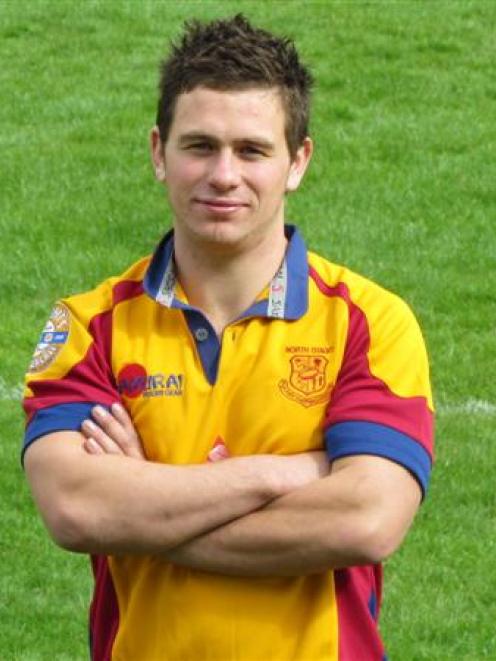 He just will not divulge what any of them are.

"Anything you can think of that relates to something being small is basically my name," he said, before revealing, and then light-heartedly attempting to alter, his listed height of 1.75m.

"You can put a few centimetres on there if you want to."

But the 82kg halfback-cum-flanker has not appeared to need the embellished dimensions over the last few weeks, as impressive showings have earned him increased game time.

He'll need every centimetre in his side's semifinal clash at Whitestone Contracting Stadium, in Oamaru, tomorrow, though, if he gets the opportunity to mix it with an opposition he rates as the scrappiest team he has come across.

The round three clash between North Otago and East Coast, won by the Old Golds 52-17, descended into thuggery at times late in the game, he said.

"They pretty much went off playing rugby. They just wanted to fight."

The game plan against the large opposition side was simple. The intention was "to run the boys around a wee bit and try to front up to them".

A decision on the team to face East Coast was to be made last night, and 21-year-old Parata was not too concerned where he was listed, as long as he heard his name called out.

"My ideal position is to be a halfback, because of my size," he said.

"It's up to the coaches really - wherever they see me."

North Otago coach Barry Matthews praised Parata's energy, work ethic and low tackling technique after elevating him to start on the side of the scrum for last weekend's final round-robin clash against Mid-Canterbury.

He scored a try while impressing in a tight contest, and would be unlucky to miss out on the starting side tomorrow.

The move north had been a big change for the Dunedin-born Parata, and he had enjoyed his time playing for Maheno and working towards the completion of his apprenticeship at Laser Plumbing under North Otago assistant coach Shane Carter.

He "loved the variety" of plumbing and was a busy man between rugby, work and studying for his final three-hour exam in November.

"I've actually got a lot of support here," he said, before comparing his "old lady's farm meals" with the fare he and his flatmates subjected themselves to in various Dunedin flats.

"You know what it's like. I started flatting when I was 16. Dunedin flatting can be cold and disgusting. A roast at my flat almost would have meant a party, with drinks."

The Otago Boys' High School product said rugby had always been a part of life.

"It's pretty much in my blood. The old man lives for it, really."

His father, Tony, who still plays both rugby and rugby league in Australia, rings after every game, and to chat about the Rugby World Cup, which the younger Parata is watching as much of as he can.

Another call is likely after Saturday's match, which Parata reckons will be one of the biggest of a young career which has seen him represent the Otago Maori and Otago Maori colts sides, along with a number of age-group and weight grade representative teams.

More than anything, though, he is relishing his time in Oamaru.

"I love the team, the atmosphere ... it's awesome, not something I'd like to give up in a hurry."