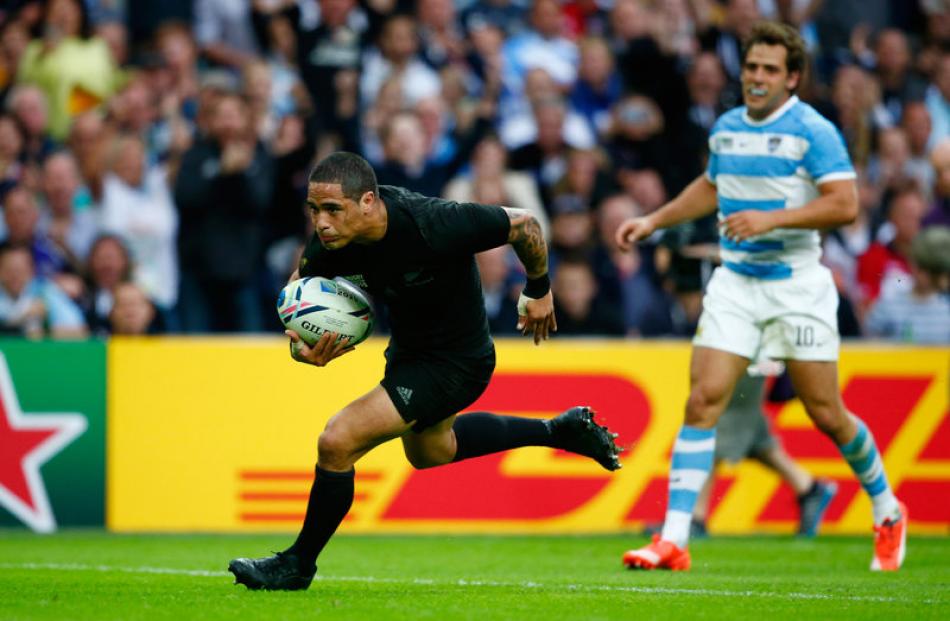 The All Blacks have thus far remained injury free at the 2015 Rugby World Cup, although Aaron Smith is a player they would not want to lose.

New Zealand's so-called weak pool is looking more of a blessing than a curse. The weekend saw an explosion in the casualty toll, with England, Scotland, South Africa and of course Wales all losing players - significant ones in all cases.

That is the danger of intense pool games; they condition and ready the players for knockout football but they take a few bodies along the way.

The ferocity of the test at Twickenham ended the involvement of three players; Welshmen Hallam Amos and Scott Williams and England's No 8 Billy Vunipola. Springbok captain Jean de Villiers broke his jaw against Samoa and the Scots have had to send lock Grant Gilchrist home after he incurred a serious groin injury.

While all this carnage was happening the All Blacks went sightseeing in London and then settled into Cardiff where they had eight days to prepare for their match against Georgia.

If Warren Gatland and Stuart Lancaster were asked if they wanted to swap places with the All Blacks, the answer would be a forceful yes without a hint of hesitation.

The All Blacks are in pole position in their group with 29 players having been involved and no injuries of any significance. Waisake Naholo remains on track to play this week and Liam Messam's calf strain is also expected to come good.

They have two moderately tough games to come - tests that will ask enough questions of them to be meaningful without taking everything out of them.

Who knows how the rugby gods will treat them when they play Georgia and Tonga but, without being disrespectful to either of those nations, the likely intensity of those contests won't be on the same scale as the Welsh will encounter when they play Fiji and Australia. Or England versus Australia; or South Africa versus Scotland or Ireland versus France.

Injuries will hit the All Blacks at some stage in the tournament. That's an uncontrollable, but they would rather take their chances on that front against Georgia and Tonga, than an epic, full noise encounter with a fellow, serious contender.

That's the big thing here - the All Blacks are going to have to play some rugby in the pool rounds, not all their rugby. Even if they lose a few bodies in the next two games, the majority of the squad are going to have plenty left when they reach the quarterfinals.

As for the other sides..? Again, who knows, but it would be a miracle, even given their incredible misfortune so far, if Wales don't lose a few more in the next two games.

England, too, putting it all on the line against the Wallabies will be shocked of they come away with 23 players ready to go again. Ditto Australia, South Africa and Scotland.

This last round of games has provided a timely reminder of how brutal World Cup rugby can be and by extension, how vital strength in depth is.

As the tournament progresses and teams have to call on more replacements, the All Blacks will grow into their favourite status.

If their luck turns - and they have to expect that it will as it's not realistic to think it won't at some stage of the competition - they have the capacity to deal with it. Almost seamlessly in fact.

They are covered and covered again at No 10. They have two world class opensides, the best two second fives in the game, an alternate centre and plenty of options in the back three.

Hooker and halfback would be a bit of a concern but right now, the All Blacks have nine points, their toughest pool game behind them and 31 fit bodies. That's a pretty good place to be.