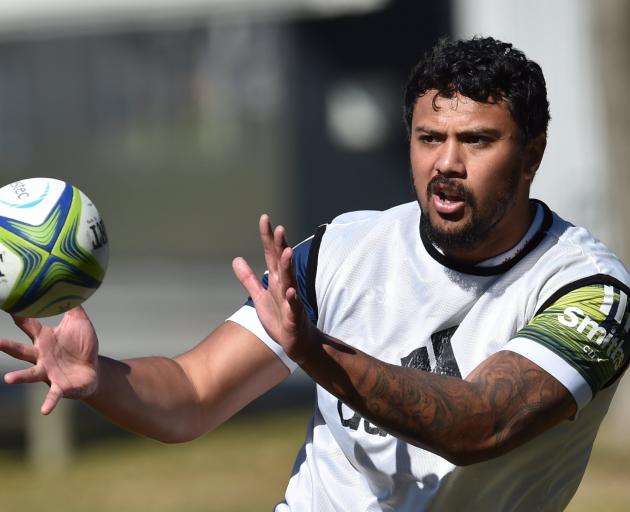 The New Zealand-born former England international has barely had an opportunity since joining the team two months ago.

Two appearances off the bench were followed by a start against the Hurricanes which was cut short by a first-half hamstring injury.

It leaves all of his flair, all of his promise a largely unknown quantity — outside of YouTube clips — for Super Rugby Pacific.

And it will give the Highlanders backline a significant boost as it heads into its most important stretch of the season.

The lightning utility back will start on the right wing against the Waratahs on Sunday.

He replaces Fetuli Paea, who drops to the bench, in an otherwise unchanged starting backline.

It is a good sign for a team that finally clicked last Friday, running in nine tries in a 61-10 thrashing of the Force.

A win on Sunday will clinch a spot in the top eight and a likely quarterfinal match-up with the Blues.

It may not even need to do that yet, either. If the Rebels lose to the Hurricanes on Saturday night, the Highlanders will be through with a week to spare.

They will have to do it without one of their star players.

Loose head prop Ethan de Groot will take an All Blacks rest week this week and is replaced by Daniel Lienert-Brown in the starting line-up.

That could be significant, the Waratahs boasting a big forward pack with a strong set piece.

Sam Caird comes in for Bryn Evans at lock in the only other change.

His locking partner, Josh Dickson, will play his 50th match.