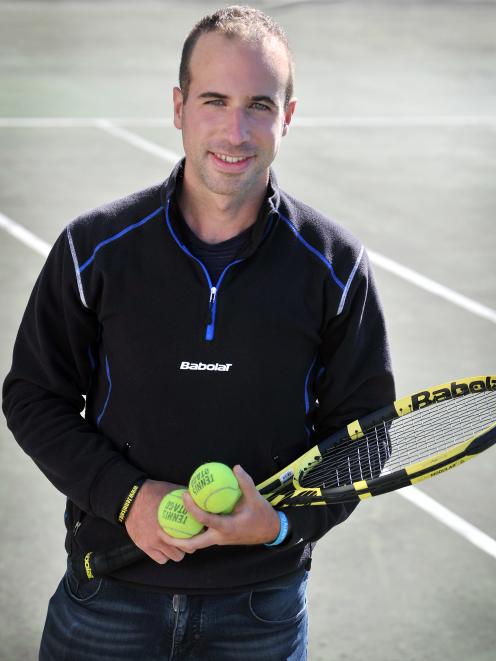 New Tennis Otago operations manager Alvaro Fuente pictured at the organisation’s headquarters at Logan Park yesterday.
Alvaro Fuente is not sure whether he should hover on the base line or go to the net just yet.

The 30-year-old has been in the role of operations manager at Tennis Otago for about three weeks and he is very much still settling in.

The Spaniard, who has a degree in finance, moved to Auckland six years ago and did a postgraduate diploma in sports management.

He ended up in Dunedin "for love". His partner, Camelia Soo, a doctor, got a job in the city, so the pair have moved down.

"I didn’t have any other choice," he joked.

He does that. Joke, that is.

He is an engaging bloke and has big plans for tennis in the city. And he has arrived at a good time as well.

The long-awaited $1.7 million upgrade of the Logan Park Tennis Centre is scheduled to get under way on Monday. Some preparation work has already been done, but the view outside the office window is of weeds sprouting up through the cracks and rolled up turf which is perhaps destined for the landfill.

Lucky, then, that Fuente can see the bigger picture.

"I’m still trying to find my way, but basically I think my role is more focused on closing the gap between Tennis Otago and the coaches and the clubs," he said.

"I come from Auckland, which is much bigger, so the tennis landscape is different to here. There are more coaches, more clubs and much more money and funding [in Auckland].

"So I’m trying to find out how tennis works in this region.

"My goal is to increase the coaching because at this stage no coaching is taking place.

"We are only running holiday camps and tournaments and things like that. But we don’t have any coaching programme happening.

"I’m a coach as well, so using this skill I have to hopefully try and improve [the game in Dunedin].

"So that is my goal once those courts are built," he said, gesturing towards that disappointing view.

Fuente, who describes himself as decent club player, said there were two clubs in Dunedin which were doing well [Anderson’s Bay Tennis Club and Balmacewen Tennis Club], but membership was in decline at the other clubs. 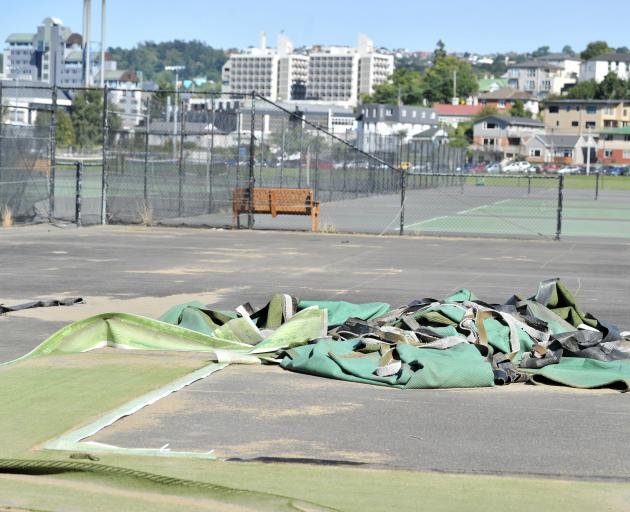 Court artificial turf is being ripped up as a $1.7 million upgrade of the Logan Park Tennis Centre gets under way. PHOTO: CHRISTINE O’CONNOR

A big part of his role will be to help them rebuild and to source more funding.

He will have plenty to do. It is a part time role (20 hours) but Fuente is not fazed by the challenge.

The way he figures it, he will save time by not being stuck in Auckland traffic.

"I love it here. No traffic jams. Things are a bit cheaper and there is a better quality of life than Auckland.

"And I have not seen winter yet. Maybe when winter comes I change the opinion."