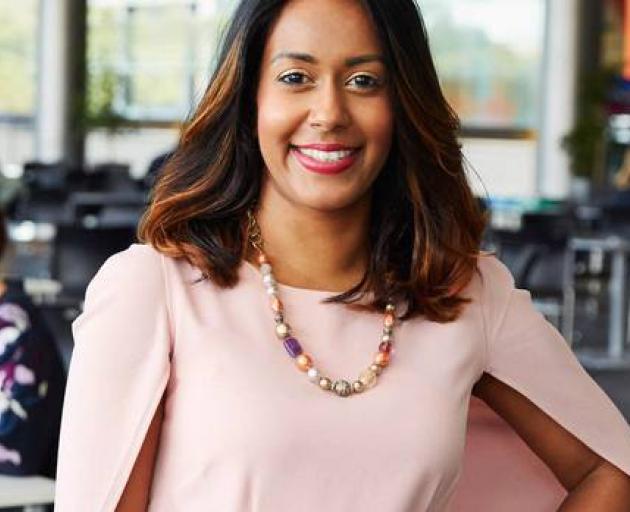 Nuwanthie Samarakone has hired Julian Miles, QC, to fight an alleged "damaging, malicious and untrue campaign" against her. Photo: Rebecca Zephyr Thomas
National's Auckland Central selection process has been rocked by further controversy as a front-running candidate claims she has been smeared as a stripper.

Nuwanthie Samarakone has hired Julian Miles, QC, to fight an alleged "damaging, malicious and untrue campaign" against her.

A letter written by Miles said: "The campaign even suggests she has been a stripper coupled with the clear, and vicious, imputation she has been involved in some sex scandal and likely to be involved again".

The Herald has also obtained new photos of Samarakone circulating among party members designed to smear the party's candidate in the Labour stronghold of Manurewa who now wants to switch to Auckland Central.

They show her dressed in a bikini and wearing high heels at a bodybuilding competition.

Earlier this week, the Herald reported that a fitness photo of Samarakone posing in a leotard was circulating among party members. The photo was on her Facebook page but removed when she sought the North Shore nomination in March.

Samarakone is one of a handful of candidates seeking to replace outgoing MP Nikki Kaye as National's candidate for Auckland Central.

In a letter to two party members, Julian Miles, QC, said "my client has clear evidence that one or both of you instigated or have been involved in the campaign", adding it had been inspired by one of the candidates' failure to be short-listed.

"The campaign includes circulating a photo of my client taken a few years ago for a fitness photoshoot with claims she is an inappropriate candidate for National's Central seat."

Miles said the campaign has to stop immediately, saying his client requires an immediate retraction, apology and the payment of his legal costs.

"Failing your complying with my client's requests, proceedings claiming substantial damages will be filed without further notice," the letter said.

In a response to Miles, the candidate who missed the cut as a candidate, and did not want to be named, said "such a 'campaign' is news to me and I object to your very serious allegations".

"I'm very happy to comment on any 'clear evidence' you have but in the meantime you won't be getting a retraction, apology or any costs from me", she said.

The Herald has been unable to contact the second party member who received the Miles letter. She has categorically denied the allegations to Newsroom.

The latest photos of Samarakone are believed to have been sent from a non-party member to a handful of people in the National Party in the past few days. They are not dated, but have the website address of the Nabba-Wff bodybuilding group.

The Herald is seeking comment from Samarakone about the latest events. The National Party had "no comment" on the matters.

When contacted about the fitness photo on Monday, Samarakone said she was not allowed to comment to the media.

However, in an email to Auckland Central delegates, Samarakone hit out at the personal attacks over the fitness photo.

"I understand that some delegates have been sent a photo of me while I was competing in the fitness realm a few years ago, making utterly false and defamatory claims about what that photo represents.

"I am always upfront and transparent. Yes, I am committed to being fit and healthy, and am proud of the discipline I bring to my work and my personal life," she said.

The selection process to find a replacement for Kaye, who is retiring at the election, has gone from bad to worse for National.

The selection process is meant to be confidential and candidates are prohibited from making statements.

Party bosses have admitted the pre-selection committee did not follow the party rules when short-listing Samarakone and Emma Mellow to replace Kaye.

The pre-selection committee reconvened last Friday and short-listed three further candidates - Rob Thomas, Sarah Manley and Sang Cho - to meet the party rules which state five candidates should be shortlisted for delegates to elect a candidate.

Manley withdrew from the race on Saturday and one other candidate may have withdrawn.

Party sources have accused party president Peter Goodfellow and northern regional chairman Andrew Hunt of manipulating the process in favour of Samarakone against the wishes of electorate delegates who favour Mellow.

Goodfellow has categorically rejected any assertion the process has been manipulated in any way.

"The National Party runs extremely local and democratic selection processes, the most democratic of any party in Parliament," he said.

Goodfellow said Auckland Central is the most marginal seat in the country and the party is very focused on retaining it for National.

"In the case of Auckland Central nominations, the pre-selection committee, comprising a majority of local members, and chaired by the local electorate chair, voted unanimously to put forward two candidates to delegates. In so doing, it did not strictly follow the letter of our rules. The pre-selection committee has now acknowledged that and rectified the issue," he said.

A party source told the Herald today: The Auckland Central situation is not our finest hour ... this has become a messy affair."