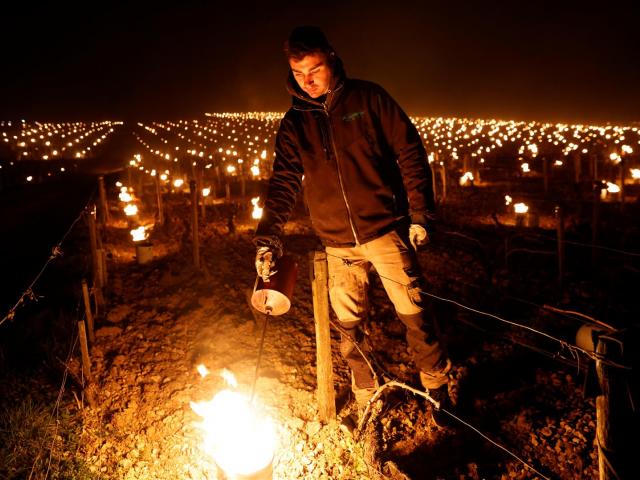 French winemakers have lit candles and burned bales of straw to try to protect their vineyards from sharp spring frosts, with the forecast of more cold nights this week raising fears of serious damage and lost production.

The South Pacific archipelago of New Caledonia voted against independence from France on Sunday for the second time in as many years, a provisional final count showed.

France said the number of deaths from the coronavirus rose above 25,000 on Monday, becoming the fifth country to pass that threshold after the United States, Italy, Britain and Spain.

France said on Sunday it expected to evacuate hundreds of its citizens from the Wuhan area in China, the epicentre of a coronavirus outbreak.

A 45-year-old IT assistant at the police HQ in central Paris went on a knife rampage inside the building on Thursday, killing three police officers and an administrative worker before he was shot dead by an officer.

French police were hunting a suspected suitcase bomber after an explosion in the central city of Lyon that injured 13 people, officials said.

Jacinda Ardern's plan to work with France to "rein in'' the internet is not an attack on freedom of speech, Professor Robert Patman says.

Behind what makes the banner headlines, what reverberates and resonates, what attracts the newspaper readers and sets online hits on fire lie intriguing questions about people and about society.

At least 12 people have died in southwestern France when some of the worst flash floods in a century turned rivers into raging torrents that engulfed homes and swept away cars.

A 34-year old British man was shot dead by a hunter while cycling in the French Alps, police said.

French police are investigating the disappearance of Interpol chief, Meng Hongwei, who was reported missing after travelling from France to his native China, and they have placed his wife under...

A French theme park has trained six rooks to pick up cigarette butts and other rubbish dropped by visitors in return for food.

French tightrope artist Tatiana-Mosio Bongonga impressed hundreds of Parisians with a performance that featured a walk on a rope suspended 35 metres above the ground.

Police scoured the background of a Chechnya-born Frenchman who killed a man in a knife attack in Paris, questioning the parents and a friend of the 21-year old, who had been flagged previously as a potential security risk.

French police have found a painting by 19th century master Edgar Degas that was stolen nine years ago from a museum in Marseille in the luggage compartment of a bus near Paris.

Emmanuel Macron and Rihanna may not usually move in the same circles, but the French president and pop star joined forces to champion education for the world's poorest countries.

The levels of the River Seine in Paris rose further on Saturday and were set to hit a peak this weekend, according to official estimates, and French authorities were on standby for any major...