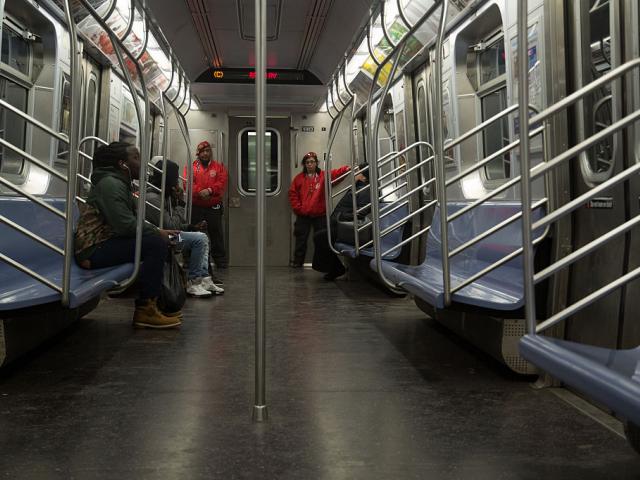 New York City police have arrested a suspect in connection with a spate of stabbing attacks on the city's subway that left two people dead, authorities said on Sunday.

The United States surpassed Italy on Saturday as the country with the highest reported coronavirus death toll, recording more than 20,000 deaths since the outbreak began, according to a Reuters tally.

A tiger at the Bronx Zoo in New York City has tested positive for the respiratory disease caused by the novel coronavirus, in the first known case of a human infecting an animal and making it sick, the zoo's chief veterinarian says.

The Chrysler Building, an Art Deco masterpiece that has been a defining image of New York City's skyline for decades, has been put up for sale.

A New York nanny convicted of fatally stabbing two young children in her care was sentenced to life in prison without the possibility of parole for a crime that has been described as every parent's nightmare.

One person was killed and four firefighters received minor injuries in an apartment fire on the 50th floor of Trump Tower in New York.

Cynthia Nixon, a liberal activist and a star of the hit television series 'Sex and the City', is considering a run for governor of New York, challenging incumbent Andrew Cuomo in the Democratic primary, NY1 television said.

Longtime New York City Ballet chief Peter Martins said he was retiring from the prestigious dance company and from the American School of Ballet, after allegations of sexual harassment and verbal and physical abuse of dancers.

A 3-year-old boy playing with the burners on a kitchen stove started a fire in a New York City apartment building that killed 12 people, including four children, city officials said.

New York police will adjust security plans for the traditional New Year's Eve celebrations attended by hundreds of thousands of revelers in Times Square after a botched suicide bombing in a subway tunnel earlier this week.

A huge blaze is ripping through an apartment building in Manhattan, New York City, sending large plumes of smoke into the sky.

The young police officer who confronted and shot the truck attacker who killed eight people on a New York City bike path was being hailed as a hero for quick action that ended the carnage.

WARNING: GRAPHIC CONTENT - An Uzbek immigrant accused of killing eight people in New York appeared to have acted alone, but the Halloween Day attack had all the hallmarks of terrorism, authorities say.

Three men have been arrested since May of last year on charges of plotting attacks in New York City for Islamic State in the summer of 2016, US prosecutors said

New York Fashion Week, the first in a series of global style weeks during September, is gearing up with designers ready to present their visions for Spring 2018.

A wintry New York is all kinds of cool, writes Helen Speirs.