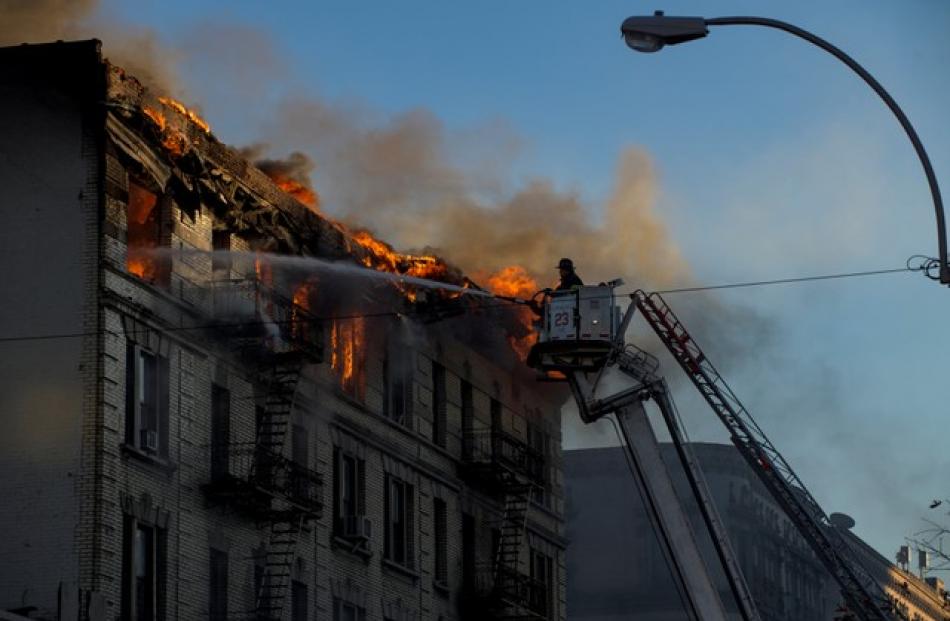 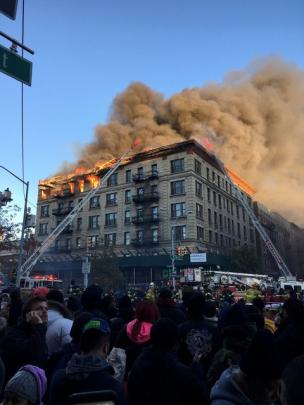 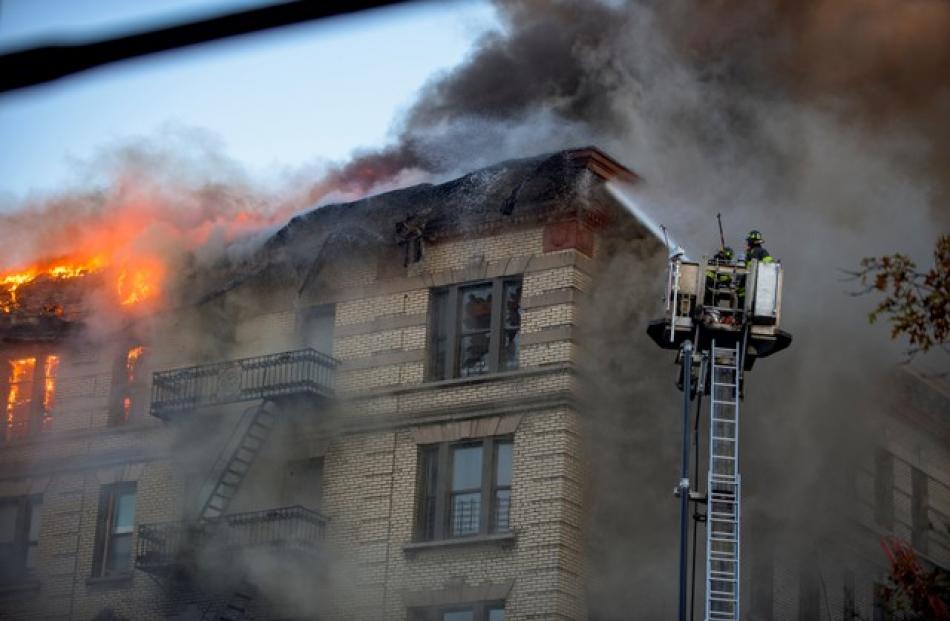 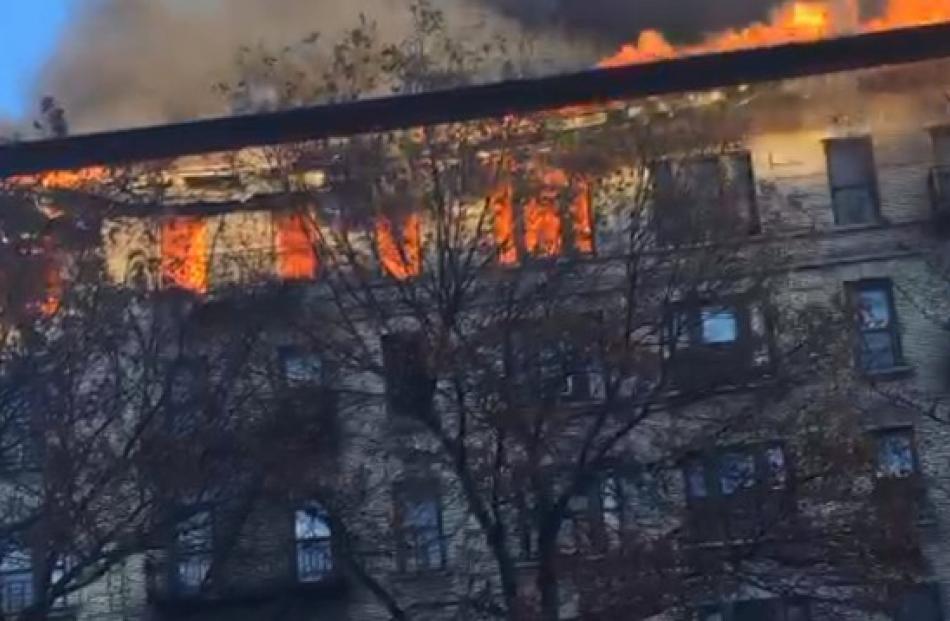 A huge blaze is ripping through an apartment building in Manhattan, New York City, sending large plumes of smoke into the sky.

The Daily Mail has reported the blaze began just after 3pm (local time) inside the building located at 565 W. 144th Street and Broadway.

The fire quickly spread to four alarms as video from the scene shows flames on the top floor of the six-story building, according to the Daily Mail.

At least 200 FDNY firefighters are on the scene trying to put the fire out.

No injuries have been reported and it's unclear how many people were inside the building when the blaze started.

As of 5pm (local time), the fire was not under control, according to officials at the scene, the Daily Mail reported.

An estimated 40 families live in the building, WABC reported. The building has retail stores on the first floor and apartments on floors two through six.

Authorities have closed traffic off around the few blocks surrounding the burning building.

Dozens of people, including residents and store owners, have lined the streets of the hectic scene.

The Daily Mail said some witnesses told PIX11 that sections of the building's facade are falling to the street below.

Smoke from the huge blaze has been spotted as far away as 80 blocks away in Central Park.

The @FDNY is fighting a 5-alarm fire at a multiple dwelling building at 565 W 144 St, #HamiltonHeights. No injuries reported. If you live nearby, close the windows and avoid smoke. (📹: elu) pic.twitter.com/GRMhs4P7eX— City of New York (@nycgov) November 17, 2017