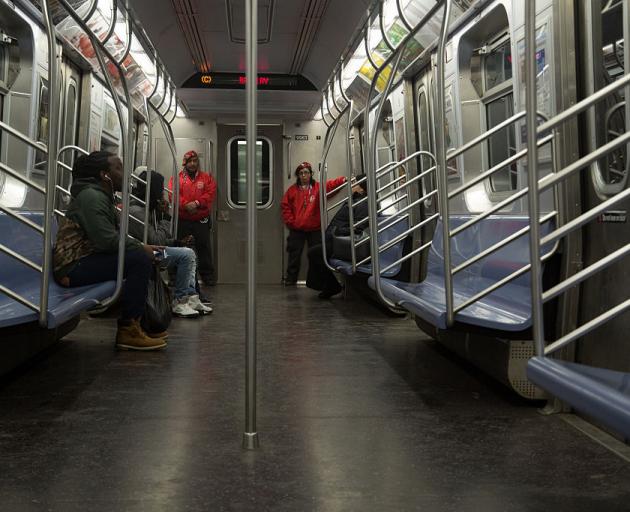 The Guardian Angels patrol the New York subway in Brooklyn & Manhattan for the first time in 22 years after a spree of slashing attacks. Photo: Getty Images
New York City police have arrested a suspect in connection with a spate of stabbing attacks on the city's subway that left two people dead, authorities said on Sunday.

The four unprovoked attacks apparently targeted homeless people and took place on the A train or at stations served by it beginning on Friday morning.

In the first attack, a 67-year-old man is recovering in the hospital after being stabbed by a masked assailant at the West 181st Street station in upper Manhattan, police said.

Hours later, a man was found stabbed to death on an A train at Far Rockaway-Mott Avenue station in Queens.

Soon afterward, a 44-year-old woman was discovered unconscious with stab wounds on an A train at the 207th Street station in Manhattan. She was pronounced dead at a hospital.

The fourth person was a 43-year-old man who was stabbed early on Saturday, also at the West 181st Street station. After undergoing surgery, he was in a stable condition, police said.