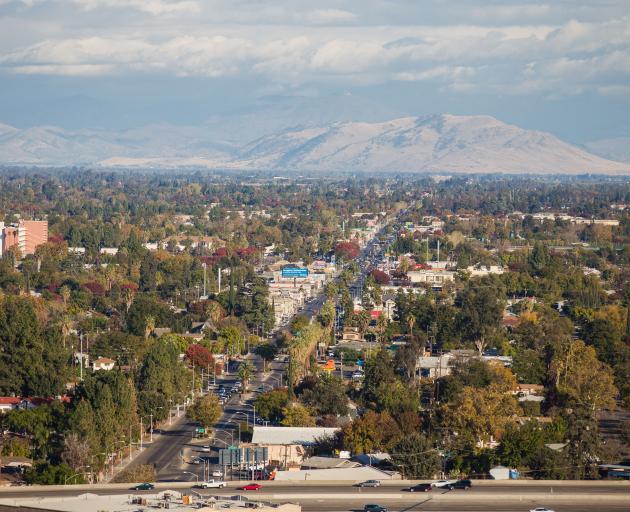 Police are investigating the shooting at a football game party on Sunday in which at least nine people were shot, killing several, and leaving others in critical condition, a police spokesman said.

Local news outlet the Sacramento Bee is reporting that four people are dead and six have been wounded.

A gunman started shooting after entering the backyard of a south Fresno home where a gathering of family and friends was watching a football game after 6pm, police said, and neighbours flooded 911 dispatchers with calls for help.

The suspect fled the scene and police were combing the neighbourhood for witnesses and possible security camera footage.

#BREAKING MASSIVE police response in a neighborhood by Peach/Pine in Fresno. Streets clogged with cars/ambulances...a lot of people being put on stretchers. Waiting to learn more. pic.twitter.com/HUT03Cdryp

Police did not release the number of dead at a news conference late on Sunday, but said there were multiple deaths among the nine known to have been shot in the city, about 322km north of Los Angeles.

Others at the party may have driven themselves to hospital, police said, adding that some victims were taken to a nearby community medical centre with gunshot wounds.

A police spokesman was not immediately available to Reuters for further comment.