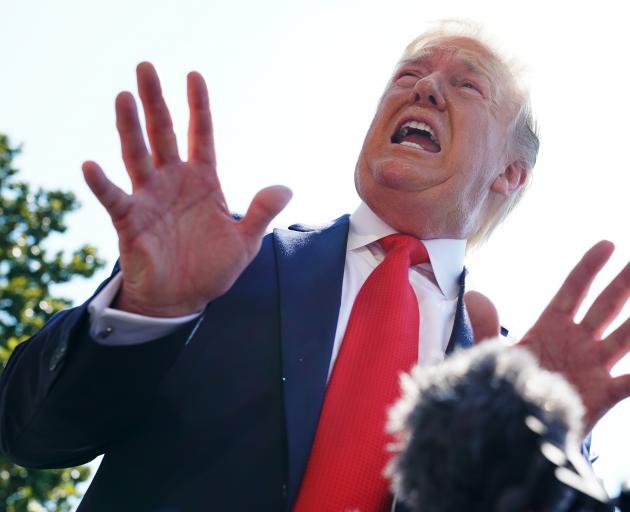 US President Donald Trump speaks to members of the media Friday prior to departing for his golf club in Bedminster, New Jersey. Photo: Getty Images
Britain's ambassador to the United States described President Donald Trump's administration as "dysfunctional", "clumsy" and "inept", the Mail on Sunday newspaper reported, citing a series of confidential memos.

In memos to the British government which date from 2017 to the present, Kim Darroch said Trump "radiates insecurity" and advises officials in London that to deal with him effectively "you need to make your points simple, even blunt".

"We don't really believe this Administration is going to become substantially more normal; less dysfunctional; less unpredictable; less faction riven; less diplomatically clumsy and inept," Darroch wrote in one, according to the newspaper.

In others, the newspaper said he had described the administration as "uniquely dysfunctional" and that media reports about White House "knife fights" are "mostly true". 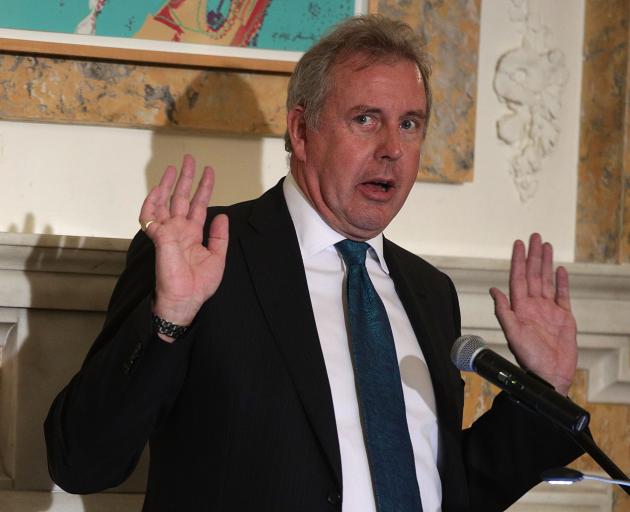 British Ambassador to the US Kim Darroch. Photo: Getty Images
Darroch wrote that "we could also be at the beginning of a downward spiral, rather than just a rollercoaster: something could emerge that leads to disgrace and downfall."

But he also warned British officials not to write Trump off, saying there was a "credible path" to him winning a second term in office. He said Trump may "emerge from the flames, battered but intact, like (Arnold) Schwarzenegger in the final scenes of The Terminator."

A spokesman for the Foreign Office said the public would expect ambassadors "to provide ministers with an honest, unvarnished assessment of the politics in their country".

"Their views are not necessarily the views of ministers or indeed the government. But we pay them to be candid," he said.

"It's important that our ambassadors can offer their advice and for it to remain confidential. Our team in Washington have strong relations with the White House and no doubt these will withstand such mischievous behaviour."

In a memo written last month, Darroch described confusion within the administration over Trump's decision to abort a military strike on Iran, and that the president citing the number of predicted casualties as the reason he had changed his mind "didn't stand up".

"It's more likely that he was never fully on board and that he was worried about how this apparent reversal of his 2016 campaign promises would look come 2020," Darroch wrote, adding that Trump could still trigger a conflict with Iran.

"Just one more Iranian attack somewhere in the region could trigger yet another Trump U-turn. Moreover, the loss of a single American life would probably make a critical difference."

During a state visit to Britain last month, Trump was effusive about the "special relationship" between the United States and Britain, promising a "phenomenal" trade deal after Britain leaves the European Union.

The Mail on Sunday reported that in a message sent after that visit, Darroch said that the president and his team had been "dazzled" by the visit and Britain might be "flavour of the month" but "this is still the land of America First".