An attic full of curiosities

By Simon Henderson
0 Comments
Up among the rafters at the Otago Museum is an amazing collection of creatures called the Animal Attic. The museum plans to run a Wild Dunedin-inspired family tour this weekend for the school holidays.  Reporter Simon Henderson sneaks in early to uncover some of the stories behind the specimens.

A visit to the Otago Museum’s Animal Attic is a unique glimpse into taxidermy, insect collecting and other Victorian age curios.

Otago Museum natural science curator Emma Burns said when the museum was established in 1865 when curators began collecting material from New Zealand and around the globe.

The point of the collection was at first as an educational resource for students at the University of Otago, but it soon became popular with the public, Miss Burns said.

The attic houses thousands of species including primates, fish, carnivores, insects and shellfish.

There are examples of wildlife from every corner of the globe, including the Antarctic, India, Africa and South America. 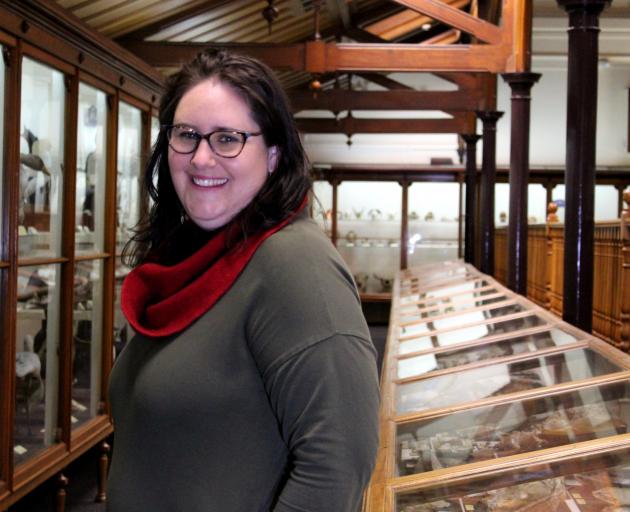 Otago Museum natural science curator Emma Burns says there are thousands of fascinating creatures from across the globe to explore under the rafters of the Animal Attic.PHOTO: SIMON HENDERSON

The attic was the only place in the southern hemisphere to see a Falkland Islands wolf, an ‘‘extremely rare species’’ which became extinct in 1876, Miss Burns said.

Also unique to the southern hemisphere was a ‘‘rat king’’ preserved in formaldehyde.

This was a jar of seven entangled rats that fell from the rafters of the Keith Ramsay building in Vogel St in the 1930s.

‘‘Basically it is a family of baby rats that had their tails knotted together and fallen from their nest.

‘‘It would have given the accounts clerk who found it a bit of a fright when it fell from the roof,’’ Miss Burns said.

Specimens were at a good height for children to encounter all sorts of creatures that might spark their interest, Miss Burns said.

‘‘It is a very curious space for how it unfolds for people.’’

The Animal Attic will be open during the school holidays for a Wild Dunedin-inspired family tour on Saturday and Sunday October 9 and 10, at 3pm.

While Level 2 restrictions apply, bookings are required by visiting otagomuseum.nz