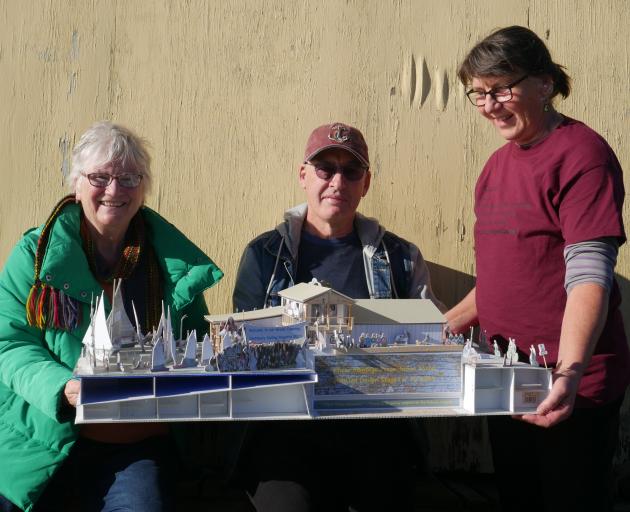 Club members Marty Brash, Ann Shacklady-Smith and Anette Seifert were thrilled as it not only got them closer to starting the upgrade, but would also help when applying for other grants.

"We want to have a bit of a celebration. Wouldn’t it be great to have it in a new facility?"

The project, which is expected to cost nearly $1million, has been in the pipeline since 2016 and had been building momentum since.

It was delayed by the Covid-19 pandemic and building plans were changed slightly in response to the Peninsula Connection road-widening project.

Club members were waiting for resource and building consent before construction could begin, hopefully later in the year.

The project would be completed in five stages. The new clubhouse would be built in front of the current one, so the facility could remain in use.

Stage one involves demolishing the existing jetty and replacing it with a larger one.

That will be followed by the construction of new inclusive showers and toilets, a kitchen, the clubhouse, a new multi-purpose room, and boat storage.

Club members hoped the facility would become a focal point in the community and be used as a hub by various community groups.

It would also help the club to further educate, support and encourage people’s participation in water-based activities.

Before all of that, the club still needed to raise some money.

So, people would be able to "sponsor" one of the 60 wooden piles used in the new build and have their name on a plaque.

Club members would also be selling raffle tickets at the opening of the Company Bay to Broad Bay section of the Peninsula Connection on June 27.