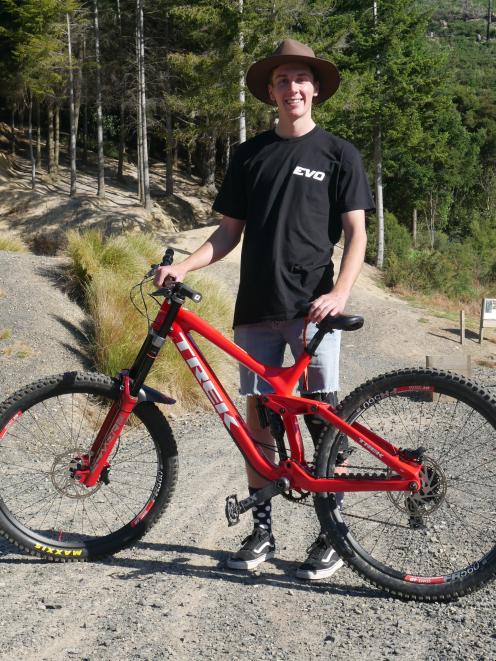 Calum Booth is best known in the mountain biking community for winning races.

But behind the scenes the 21-year-old downhill rider is also a coach and Mountain Biking Otago’s youngest committee member.

"There’s always a lot of kids at the shuttles that ask questions and want to hit a jump or something," Calum Booth said.

While he coaches riders aged between 12 and 17, older people ask for advice as well.

"Everyone down here is pretty friendly."

Typically, parents preferred to buy their children trail bikes which could be ridden on a range of tracks, rather than a downhill bike.

"If you buy a downhill bike you can only go downhill."

Slowly, more riders were getting involved, he said.

The key was making sure the tracks were hard enough for the experienced riders, but not so difficult that people would not give them a go.

"You have got to keep the small kids pushing themselves."

Booth said he has been "whittling away" on tracks since he started riding, maintaining the ones he uses.

He has been riding since he was 12-years-old, and recently moved into the elite category.

The category is open age and he competes against professional riders.