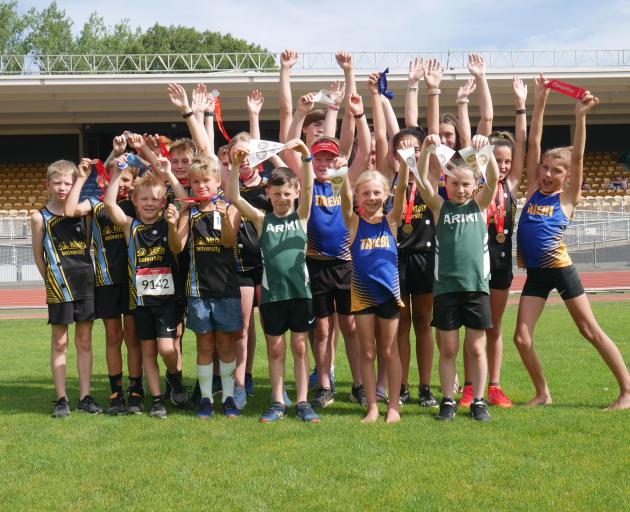 The games were held in Invercargill from Friday until Sunday, attracting more than 800 athletes from around New Zealand.

About 80 athletes aged from 7 to 14 from Dunedin clubs took part.

Collectively, they won an impressive haul of medals — 10 gold, seven silver and 10 bronze. 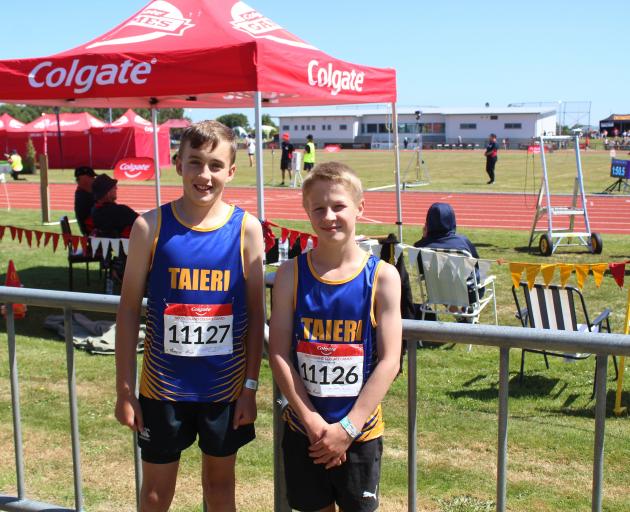 Athletics Taieri athletes Charlie Nichol (11, left) and Samuel McHutchon (11) competed in the Colgate Games high jump, 200m sprints and discus. PHOTO: VALU MAKA
Twins Neihana and Ora Winklemann, of Hill City-University, competed in the games for the first time and each won a bronze medal in the 1500m run.

They have been involved in athletics for a few years and only started distance running last year.

Ora said she wanted to compete in the games to try something new.

She was surprised but happy when she won her medals. 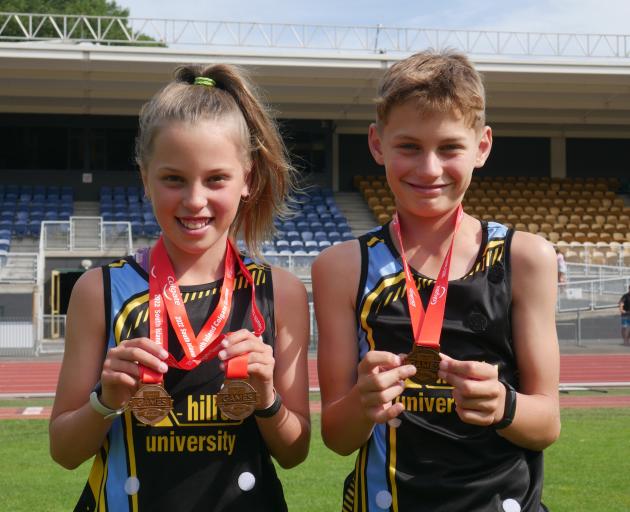 Ten-year-old twins Ora and Neihana Winklemann, of Hill City-University, hold the bronze medals they won in distance running events at the weekend. PHOTO: JESSICA WILSON
Ohara Couch, of Athletics Taieri, has been competing in the games for the past six years and has won eight medals in that time.

This year’s event was her final outing, as she will now move into senior competitions.

She added a bronze in the grade 14 long jump to her collection.

Over the years, as the competition got tougher, she learned to aim for and value getting a personal best while competing, Ohara said. 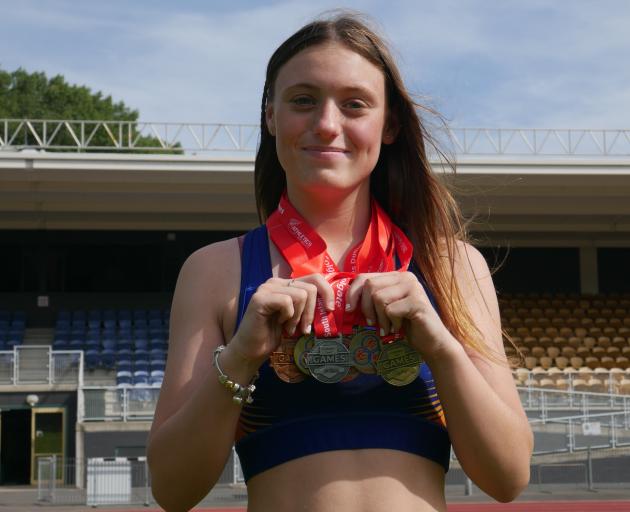 Athletics Taieri runner and long jumper Ohara Couch (14), who competed in the Colgate Games for the final time at the weekend, holds all the medals she has won over the years at the event. PHOTO: JESSICA WILSON
Improving her own performance became more important.

She would miss competing at the games and seeing the friends she had made over the years.

For now, her goals were to reach 5m in the long jump, shave some time off her 100m sprint and "get the best out of myself".

Dunedin medal results from the Colgate Games: (Medals only awarded for athletes aged 10-14):