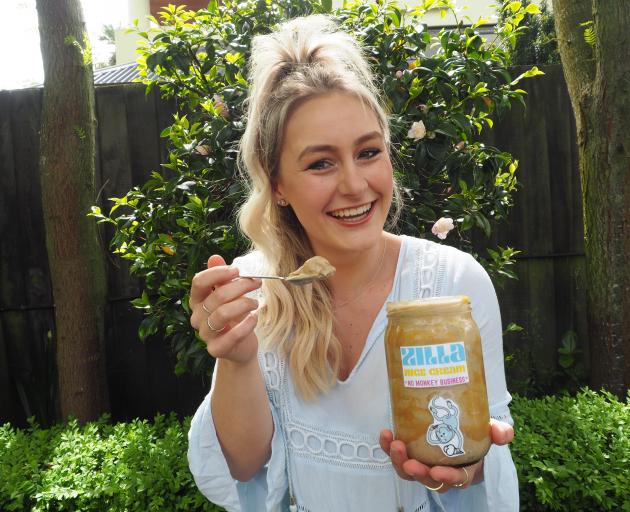 A bunch of bananas is so much more in the hands of University of Otago student Emily Stewart.

She is the founder of Zilla Nice Cream, which uses frozen bananas to create a unique ice cream.

Bananas were the fifth-most wasted item in supermarkets, she said.

So she decided to take second-grade bananas from supermarkets and local fruit and vegetable stores and turn them into the base for ice cream.

This gave a second life to bananas that might otherwise have to be discarded, and helped supermarkets with their aim of sustainability, Miss Stewart said.

The product had good nutritional value because instead of added sugars the natural sweetening of the ripened bananas was used.

A banana base allowed for low-fat, dairy-free, vegan and coeliac-friendly options, and she was researching a variety of recipes to allow for many different tastes.

After the development of Zilla Nice Cream the next step for her was consulting with a food technologist.

"There are quite a few regulations and nutrition information and things like that which would need to be done and verified."

Other aspects she was researching was understanding the right sort of supply system for ingredients as well as contract manufacturing to be able to scale up and supply to supermarkets, she said.

In the meantime she is planning on setting up a market stall with a freezer so she can sell at a local farmers market.

This will give her the opportunity to make connections and build the value of Zilla Nice Cream.

Being able to market test what people wanted, what flavours worked and how the product was received would all be useful information before going into commercial-scale production, she said.

"Ultimately, it is seeing the engagement of the product with consumers."