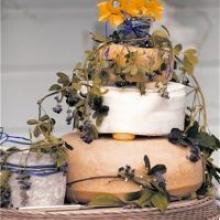 Bissy More and Andy Groom, from Wellington, were married at Bissy's family home in Broad Bay in October last year. Their cake was made from cheese rounds. Photo by O'Neill Photographics.
It's a case of the traditional fruitcake, which has taken a fair share of the spotlight in New Zealand for decades, now having to move over to share wedding days with other cake styles.

And with cupcakes having become a hot favourite among the baking fraternity since much-loved old recipes are back among the trendsetters, they are also featuring as a replacement for the wedding cake, iced and arranged in the colour theme of the wedding, just like large cakes.

Cheese towers are also popular and can look as spectacular as a traditional cake.

While some cakes are simply presented, others are lavishly decorated. They are stacked and tiered and drip with ornaments, flowers, greenery, baubles, beads and ribbons without losing shape, buckling or collapsing.

The traditional fruitcake arguably provides the most stable base for decorative icing, the techniques of which have evolved into an art form. It is a type of cake that also has the advantage of being able to be iced well before the big day. Advocates of the fruit cake will also remind you of its "lasting" power.

That is proved by the many couples who store the smallest, upper tier for the future. It can be happily packed away to be brought out at an anniversary or a baby's christening, its taste and texture as good as ever.

Professional bakers and creative amateurs love the challenge of the wedding cake, with tried and true recipes being handed down through the decades. 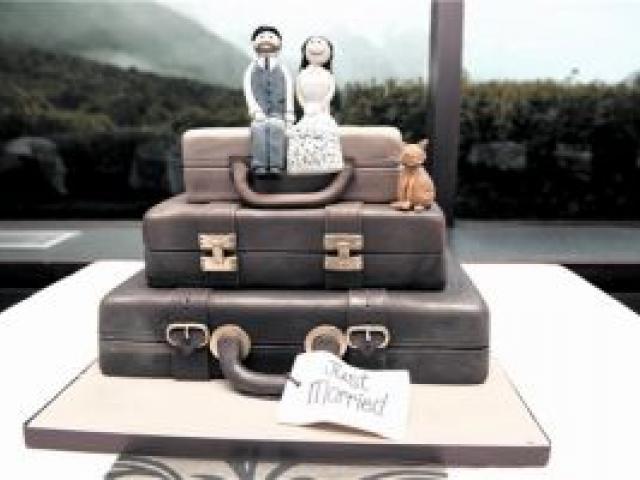 The cake of Isaac MacKintosh and Clare Mackay, who were married at Mt Cook in May. Photo by Aspiring Photography.
The choice of cake is often made by the bride or groom. But while favourite recipes endure, styles of decoration change and evolve. There is also the phenomenon of the instant cake supplied by some cake decorators. This is a godsend if the real wedding cake is damaged in transit.

The real wedding cake will remain deliciously edible but will look less than perfect on its cake stand. The instant varieties are polystyrene replicas which can be supplied along with the real cake for the formal cutting-of-the-cake photographs. In the meantime the real cake is being cut up in the kitchen!

FOOTNOTE: The custom of the wedding cake is far from a flight of fancy. Like many other wedding traditions the cake has evolved over centuries, beginning when it was the tradition that some kind of grain was an essential ingredient of weddings as a symbol of fertility. 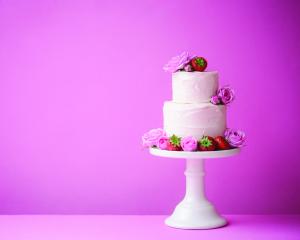 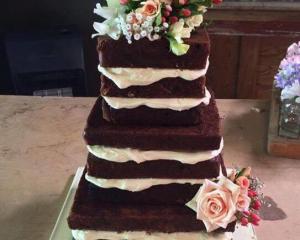 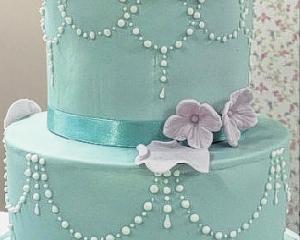 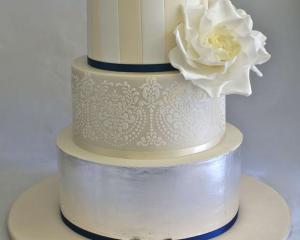 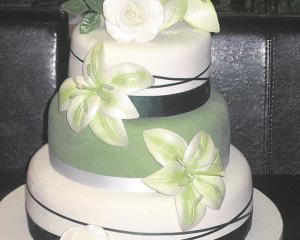 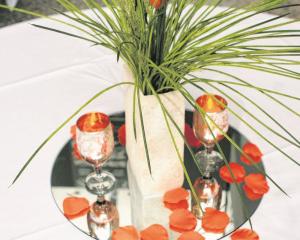 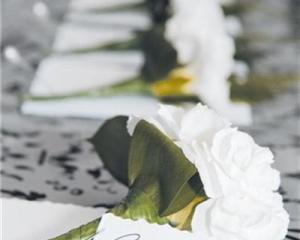 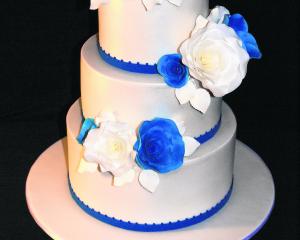 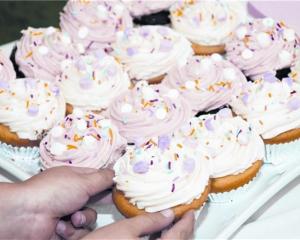 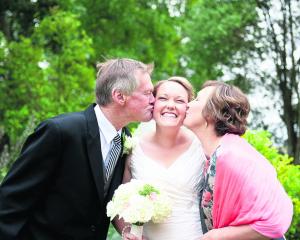 A few tips about wedding catering