0 Comments
Air New Zealand will cut international capacity by 85% in the next few months is further reducing capacity across its network as a result of the impact of coronavirus.

The airline placed itself into a trading halt today to allow it time to more fully assess the operational and financial impacts of global travel restrictions.

On its long haul network the airline will cut back its international schedule to a skeleton service and will operate a minimal schedule to allow Kiwis to return home and to keep trade corridors with Asia and North America open.

Among the flights being suspended, Air NZ will put a halt to routes between Auckland and Chicago, San Francisco, Houston, Buenos Aires, Vancouver, Tokyo Narita, Honolulu, Denpasar and Taipei from 30 March to 30 June. It is also suspending its London–Los Angeles service from 20 March (out of LAX) and 21 March (ex London Heathrow) through to 30 June.

Full details of this schedule will be advised in the coming days.

The Tasman and Pacific Island network capacity will significantly reduce between April and June. Details of these schedule changes will be announced later this week. 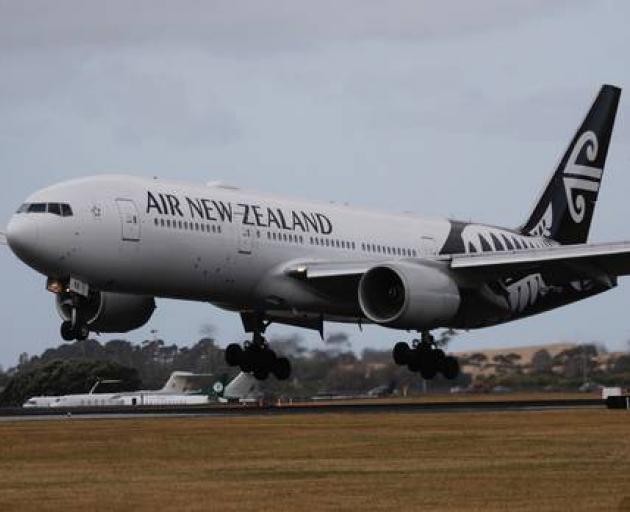 Air New Zealand will be parking up planes as its network shrinks. Photo: NZ Herald

On the domestic network, capacity will be reduced by around 30 percent in April and May but no routes will be suspended.

One analyst is expecting the Government - which owns 52% of the airline - will step in to underwrite a capital raise.

Chief executive Adrian Littlewood said this was due to the unprecedented scale of the new border restrictions announced over the weekend and uncertainty over the impact on the business.

''Substantial earnings losses are now likely over the coming months and the need for balance sheet support is increasingly likely. While we don't know what the impact on demand will be, it will be substantial,'' he said.

We have no visibility as to when the restrictions will lift, however, we view it as prudent to assume that air travel will be severely impacted for at least the next six months.

While Forsyth Barr believes the airline may require additional capital to provide liquidity and protect its balance sheet, the government's position as majority shareholder is helpful

''We expect it would step in and underwrite a capital raise, if required, assuming politics don't get in the way of potential financial assistance.''

Bowley said the Government's restrictions will cripple its international business.

Excluding capital spending the airline's fixed overheads were estimated to be $160 million a month.

Forsyth Barr revised modelling, which has a very high margin of error, assumes that AIR generates material losses in both this financial year and next.