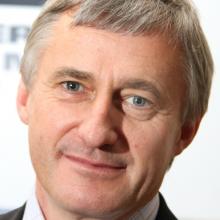 Dr Rolleston has been the WFO’s vice-president and will guide the organisation through until the next general assembly in Helsinki in 2017 during which a new president will be appointed.

"It’s a privilege to be appointed to this role in an acting capacity. The WFO actively promotes the critical importance of a sustainable global farming sector for the future of our planet.

"The WFO is the global voice of farming and partners with the public and private sector to improve farmers’ efficiency and effectiveness in the value chain. It helps to overcome the global and local barriers to resource and market access."

He would now be more involved in the many activities, events, policy proposals and advocacy work the WFO was conducting on behalf of its members, Dr Rolleston said.

Dr Rolleston farms in the South Island and operates a family-owned biological manufacturing business  supplying biologicals to pharmaceutical, diagnostic and research industries around the world.

He has held board positions relating to agriculture, science and economic development and sits on the New Zealand Government’s Science Board.

He was the founding chairman of New Zealand’s Biotechnology Industry Organisation (now NZBio) and  the Life Sciences Network — a science and industry umbrella organisation  which advocates for science-based regulation of genetic modification.