Big brother will continue to watch you 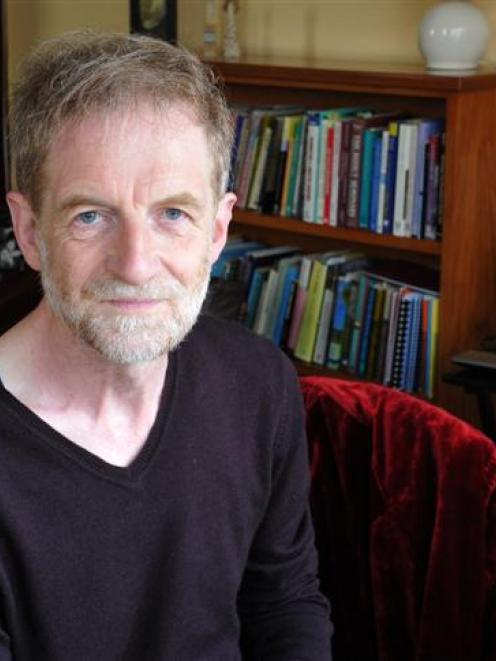 One of its organisers, John Farnsworth, outlines the background.

It's been reliably estimated that over two trillion bits of information pour across world data banks every day.

This staggering figure heralds the size of the global transformation taking place as nations move towards a digital society.

Most of this data is piped across the internet, flowing ceaselessly from one region to another. The question, of course, is what becomes of this information, and who uses it?

Until recently, the internet has been a cause for ongoing celebration and wonderment. Innovations such as YouTube, Google, Twitter and Facebook have realigned and enriched the ways nearly all of us communicate with each other.

The explosion of smartphones and portable devices has ignited off the back of them. Yet these unforeseen inventions have also brought unrivalled intrusion into everyday lives.

In Imperial times, the Russian censor manually checked every letter that came before him. Nowadays metadata - the tags attached to any piece of information - allow every electronic transmission to be digitally trawled instantly for patterns of significance.

Big corporations use this to generate big data: hunting for clusters of user activity so they can predict and shape consumer preferences. This is the basis of Amazon's trading, music service Spotify's recommendation services, and the growth of Netflix, the new US giant of online programming.

Data and algorithms allow these companies to shape consumer trends by making consumer recommendations and providing hyperfast responses. It also enables them to on-sell their metadata to advertisers. Netflix, for example, is changing the face of television scheduling.

It employs an army of 800 programmers who predict by the millisecond how and when viewers consume shows, and offer them fresh episodes before they even know they want them. The result is widely reported as Netflix addiction.

This is successful data mining. Companies such as Axciom, the second-largest in its field, harnesses 23,000 computer servers to digest 50 trillion transactions a year.

The New York Times' Alice Marwick reports it possesses 200 million mobile profiles and 1500 pieces of data per consumer. These list the valuation of their homes and vehicles, their buying behaviour and their online preferences.

Such commercial trawling may be disturbing because of its intrusions on ordinary, unsuspecting users. Far more disturbing, recently, has been worldwide government surveillance.

This is the combination of unrestricted electronic eavesdropping and massive metadata analysis which has become the routine work of state and governments.

Reaction has been intense and worldwide, including the Wikileaks movement, last year's Edward Snowden disclosures, and the continuing revelations about NSA spying worldwide.

Locally, it has fuelled the outcry against the GCSB, the three strikes anti-piracy law and wide opposition to the Search and Surveillance Bill, passed last year.

There are the ongoing court actions with Kim Dotcom, due back in court in February. Before this was public debate over police surveillance during the 2007 Urewera raids.

The protest has been against the unwarranted, arrogant, often illegal surveillance of ordinary citizens. It has also been against the erosion of private rights and privacy, the lack of access to who is being surveilled, and the astonishing failures of public accountability.

All these upheavals have prompted New Zealand's first conference on these concerns, running at the University of Otago from January 30 to February 1.

Prof Graham Murdock, an authority on the digital divide, unpacks the significance of these extremely rapid changes.

Experts from Australia, the US and Europe will dissect the implications for civil society, collective life and legitimate rights to privacy. The conference asks whether a free and open internet can survive.

On the broader world stage, the whole foundation of the open internet is under threat. Google's founder, Sergei Brin, warned in 2012 that states such as China, Iran or Saudi Arabia seek to restrict the internet for their own security purposes.

Constant cyberwars are fought out between China and the US, increasing levels of encryption and surveillance. US cyber-snooping created enough worldwide fear to risk the whole internet becoming fractured into regional mini-internets as a response.

If that happens, the open internet is over. And it's not just states. Big companies, such as Apple or Microsoft, and major US internet providers are calling for, and creating, ''walled gardens''.

These are closed systems where firms can charge users for access to the electronic highways and services they own. Even in New Zealand, serious concerns have been voiced that SkyTV has been doing deals with major internet providers to limit choice to their own channels.

There are also increasing security breaches that release private information into unknown hands. Pre-Christmas, in the US, several major retailers such as Target suffered cyber attacks by criminal hackers, because of their inadequate security, losing 40 million payment card numbers as a result. These echo the major data breaches experienced at Winz and ACC in New Zealand.

It is easy to believe 2013 was the year of disturbing revelations about internet surveillance and this year will be different.

On the contrary, giant corporations and intelligence services across the world have deep interests and expanding resources for shaping the stream of digital information.

The evidence suggests intrusions and violations will increase, not diminish.

Dr John Farnsworth is from the Department of Media, Film & Communication at the University of Otago.