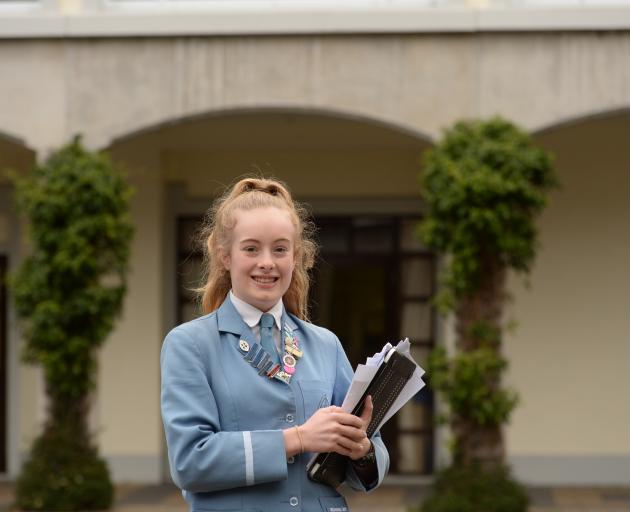 As part of the prize, the winning team of eight goes to Brazil later this year to work with  businesses, gaining international experience from the  Latin American market.

The year 12 pupil was part of the winning group - Team Asia New Zealand Foundation - which won both business challenges at the Entrepreneurs in Action business competitions.

Winning both competitions was a first for the competition but Tamara said the team was challenged by the Yes executives to win, and they did.

Nearly 250 members of Yes applied for the competitions and 80 were selected for the eight 10-person teams.

Each of the 80 were allocated to a team, rather than competing as a regional entry, she said.

The first challenge was  how to get  Genesis Energy closer to its customer base.

"We were the only team to come up with a new product. We worked on how solar panels were a realistic option for institutions.

"We spent eight hours on the challenge and we won."

The team spent the eight hours working on its strategy, development and pitch for the judges, Tamara said.

The second challenge took much longer at 36 hours. Early starts and late finishes were part of the challenge.

The New Zealand Trade and Enterprise challenge was how to form a company and find a way into the Latin American market. The team chose an electric fence company as its project.

Although not  accountant, Tamara’s skills in maths, science and economics were used  by her team as she prepared the financial plan for the company.

"I’ve always been good at science, maths and business. But this weekend has changed everything for me.

"I have found a passion for business.

"I have been challenged by the school by working a year ahead in maths and science.

"Economics has also been a big passion for me."

Tamara now plans to study business at university and  is off to a good start, winning $6000 in scholarships from Massey University and $1000 for being part of the competitions.

However, she would like to win a scholarship to the University of Otago.

"This is a great starting point for me. I love the Otago Business School. It’s a beautiful building.

"I am interested in Massey but I have not been there ... Otago is where I want to go. My friends are going there."

Tamara was full of praise for the mentors who challenged the team to come up with their own solutions rather than forcing an idea upon them.

The team aims to combat the problem of lost socks by selling packs of three identical socks to customers.