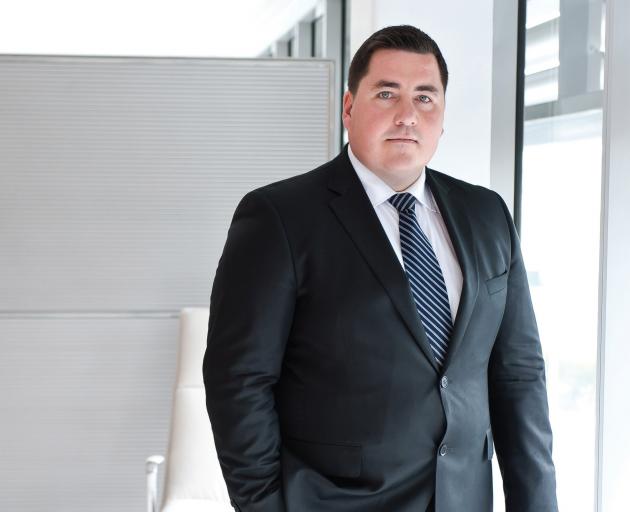 Marcus Morrison
A British horse racing institution, founded more than 250 years ago, has taken a 35% stake in a new tech company which has its roots in Dunedin.

Last year, Dtreo was spun out into a new company called VentureBio and it attracted the interest of Weatherbys, one of Great Britain’s oldest companies.

Founded in 1770, it was primarily known as a horse-racing institution — it published the first thoroughbred register more than 200 years ago — but it diversified dramatically in recent years, including into science.

It now operated one of the world’s most sophisticated DNA testing laboratories in Ireland. As well as thoroughbreds, it provided genomic services to livestock producers internationally, across sheep, cattle and dogs.

VentureBio chairman Marcus Morrison, who founded K3 Consulting and peer-to-peer investment platform Zagga, was thrilled with the Weatherbys investment, saying not only did the company have such a long-standing history but it was also very aligned in terms of where it saw the potential for growth development and ultimately change in the agricultural space.

The company had met various AbacusBio directors and consultants over the years; the Dunedin-founded company was punching above its weight when it came to some of the projects it had done and was doing around the world. VentureBio’s headquarters would continue to be in Dunedin, alongside AbacusBio.

While he could not reveal the amount of investment, Mr Morrison did say it was significant enough to ensure that, for the next few years, VentureBio would have a very steep development curve and go-to-market strategy.

The technology had already shown it could add value and had the usability and functionality to do that and drive good decision-making for farming operations, both small and large.

Data collected by Dtreo could be used to identify animals with characteristics suitable for particular environments or markets.

"We’re not talking about genetic modification at all; it’s about using the traditional principles of genetic selection to enhance breeding programmes.

"Farmers have been doing this for generations but Dtreo delivers their data in a way which takes away the guesswork."

Mr Morrison said he was fortunate he did not have to say yes to join a board, unless he believed in the company and was passionate about it, and both those needs had been met with VentureBio.

"It’s been tried and tested in the real world, it’s not just a good idea. That would be harder for me to wrap my head around."

Weatherbys chief executive and VentureBio board member Russell Ferris said the beauty of Dtreo was how its in-depth data put decision-making directly in the hands of the producer.

That made for a compelling customer offering across equine, bovine, ovine and canine species.

Until now, Dtreo had been a bespoke platform for individual clients, whether beef farmers in New Zealand or goat and pig farmers in Tanzania, Uganda and India.

But it had been enhanced to a customisable platform that was flexible, easily integrated and delivered consistent in-depth genetic or genomic data to food and fibre producing customers, whether they farmed animals, insects or crops.

Tech entrepreneur and business leader Melissa Clark-Reynolds, who has joined the VentureBio board as deputy chairwoman, said companies globally were looking to increase margins and find premium markets, especially in the face of climate change.

Using genetics for the likes of increasing flavour, utilisation of forage types, improving survival and fibre quality was a great way to increase revenue without increasing costs. It enabled growers and farmers to target their production to high value markets, she said.