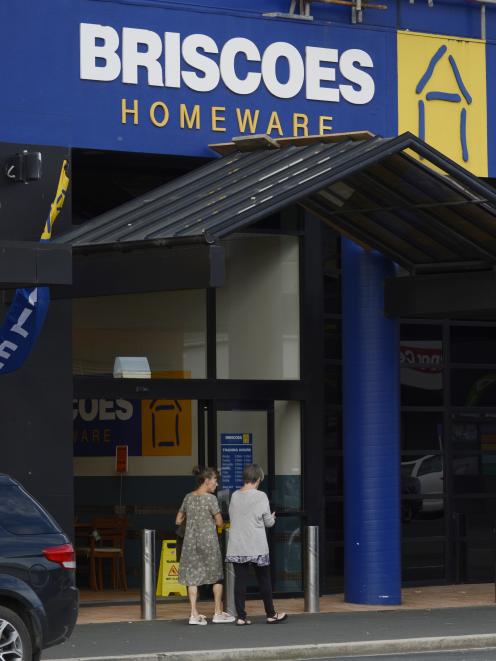 Group managing director Rod Duke said, during the past financial year there were fires in Christchurch, a major flood in April, a relatively late start to winter across the country, warmer-than-average temperatures in Auckland and the Central North Island during key promotional periods in June.

There was intense cold, snow and heavy rain in many parts of the country in July and the British and Irish Lions rugby tour sucked up a big chunk of discretionary spending.

``Given this background, we are pleased with the way our in-store teams and support functions have continued to drive growth and manage inventory throughout the year.

Even with its constant sales promotions, the gross profit margin for the group was 40.5% compared with 41.1% in the previous corresponding period.

Adjusting for those one-off items gave an increase in the underlying reported profit of 8.2% for the 2017 financial year.

Briscoe Group received dividends of $5.21 million from its 19.8% shareholding in Kathmandu Holdings. The board remained an interested observer of Kathmandu's performance and of potential opportunities in the industry more broadly, he said.

Expansion and improvement of its Briscoes and Rebel Sport stores remained an investment priority for the group. It had $5.4million invested in developing group-owned property in Wellington City, Petone, Mt Albert and Silverdale. Another $6.4 million was being spent in the fitting-out and refurbishment of new and upgraded stores and more than $2million was spent on upgraded security camera systems, online platform improvements, enhancements to system software and hardware upgrades, Mr Duke said.

The group was also well advanced on improvements to its online offering. Upgrades to its web platform had started and new hubs in Whanganui and Hamilton were operating. In addition there were plans to introduce a ``click and collect'' service following a successful trial through the Botany homeware store.