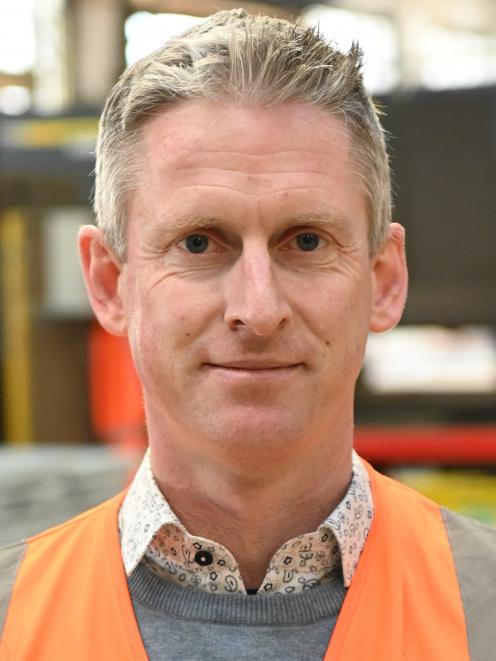 Gareth Evans
Dunedin business owners say they are "seriously worried" about what an Omicron outbreak could mean for their operations.

Top government officials, including Prime Minister Jacinda Ardern and director-general of health Dr Ashley Bloomfield, have warned in recent days that it is a case of "when, not if" a community outbreak of the highly transmissible variant occurs.

The Government has signalled it might change the traffic light system, which came into effect in December, as the threat grows.

Businesses spoken to were not particularly worried about a possible change, saying their biggest concern was the variant’s effect on staffing.

As Omicron cases continue to surge in Australia, employers are reporting an unprecedented shortage of workers, while infected staff members self-isolate with the virus.

The southern manufacturing sector has been watching the situation evolve across the Tasman with "great concern", Southland and Otago Regional Engineering Collective chairman Gareth Evans said.

"It is quite scary to be honest."

If a whole workforce had to self-isolate because they were close contacts, the effect on businesses could be worse than a lockdown, Mr Evans said.

"There will businesses that simply can’t survive that."

The retail industry had not been affected by the traffic light system much, but Mr Thomson hoped any change the Government made would be "practical to work with but also sensible in terms of a health response".

Retailers were also watching the Australian situation, and were worried about what staff shortages could mean in New Zealand, he said.

Dunedin bar owner Claire Grenfell, who owns The Craic Irish Tavern, was very concerned about what Omicron could mean.

She and her business partner had been planning for an outbreak, particularly what to do if one staff member became ill.

"We have a small team, who are all double vaccinated, and if one of them became sick it could be devastating," she said.

Ms Grenfell was also concerned about what a change in the traffic light system could mean for her business.

"It does risk adding another layer of pressure and getting used to something different again."

Business South chief executive Mike Collins said businesses had to put plans in place for when an outbreak occurred to avoid ending up like Australia.

The Government will announce any changes to the system, and the country’s restrictions this afternoon.