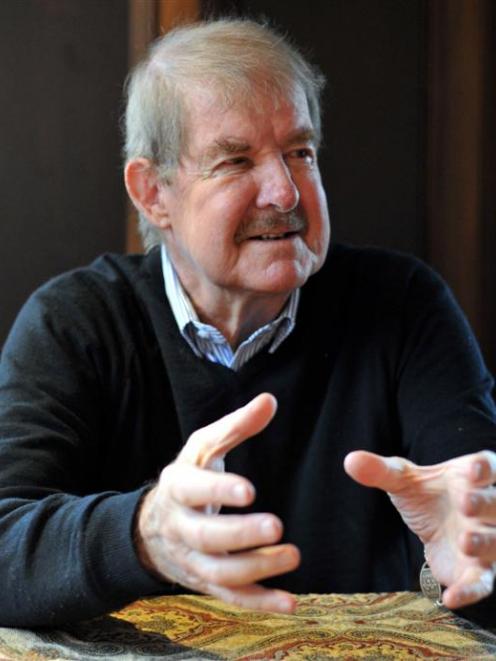 Dr Allison, also a former AgResearch director, was in Australia when news broke of the proposal under which AgResearch would centralise its operations on Lincoln and Palmerston North, while cutting staff at Invermay and Ruakura, near Hamilton.

It came as a ''total shock'' and now, back home in Dunedin and never one to mince words, he described the proposal as ''bloody nonsense''.

''It's pathetic, it's absolutely incredible really ... there's just absolutely no common sense at all,'' he said.

He intended to head to Wellington to try to talk to Primary Industries Minister Nathan Guy and Economic Development Minister Steven Joyce.

Dr Allison was a scientist at Invermay from 1970 to 1978, when he was appointed director for agricultural research in the southern South Island.

He was director until 1986 and, during his tenure, Invermay was built ''quite significantly'', from about 25 to 40 scientists.

''I feel very motherly about Invermay, because I grew it,'' he said.

The deer programme at the research centre and the work done in sheep genomics and genetics was world-class.

Invermay had ''led the way'' in the deer industry and to take that programme to Lincoln, which had ''absolutely no facilities'' for deer, was ''absolute nonsense'', he said.

Invermay's collaboration with the University of Otago was also world-class.

When it came to buildings, Invermay had more than it knew what to do with. He cited a building that was opened five years ago, at a cost of $17 million ''and they didn't need it'', he said.

The building had never been fully occupied and modifications could have been done for a much lower cost, of between $1.5 million and $2 million, he believed.

Dr Allison said AgResearch should concentrate on producing technology for the farming community.

During his time at Invermay, technology was produced and taken out to the farmers.

''I used to make my scientists talk to the press about the relevance of research to the farming community,'' he said.

The last field day at the research centre during his tenure attracted a crowd of 2000 people.

''We had a real head of steam on ... We were really doing things for the farming industry,'' he said.

When he was a director of AgResearch, on the board between 1992 and 1999, he was concerned that it had ''lost'' farmers.

''AgResearch has almost disappeared in the eyes of the farmer,'' he said.

Something good might come out of the proposal if there was a whole review of crown research institutes and their effectiveness. Their contribution to agriculture ''must be pretty marginal'', he said.

AgResearch would have to change if it was to have a good relationship with Lincoln.

There were ''some pluses'' for Lincoln to strengthen its scientific background through the proposal.

It was weak in top-quality, capable, influential scientists but that did not mean shifting ''every Tom, Dick and Harry'' to improve that.

AgResearch had gone into commercial joint ventures but the commercial model did not fit science, he said.

The most important thing in science was to ''find the best people and resource them''.

It did not matter where you were based when there were people with ''top capability'', he said.