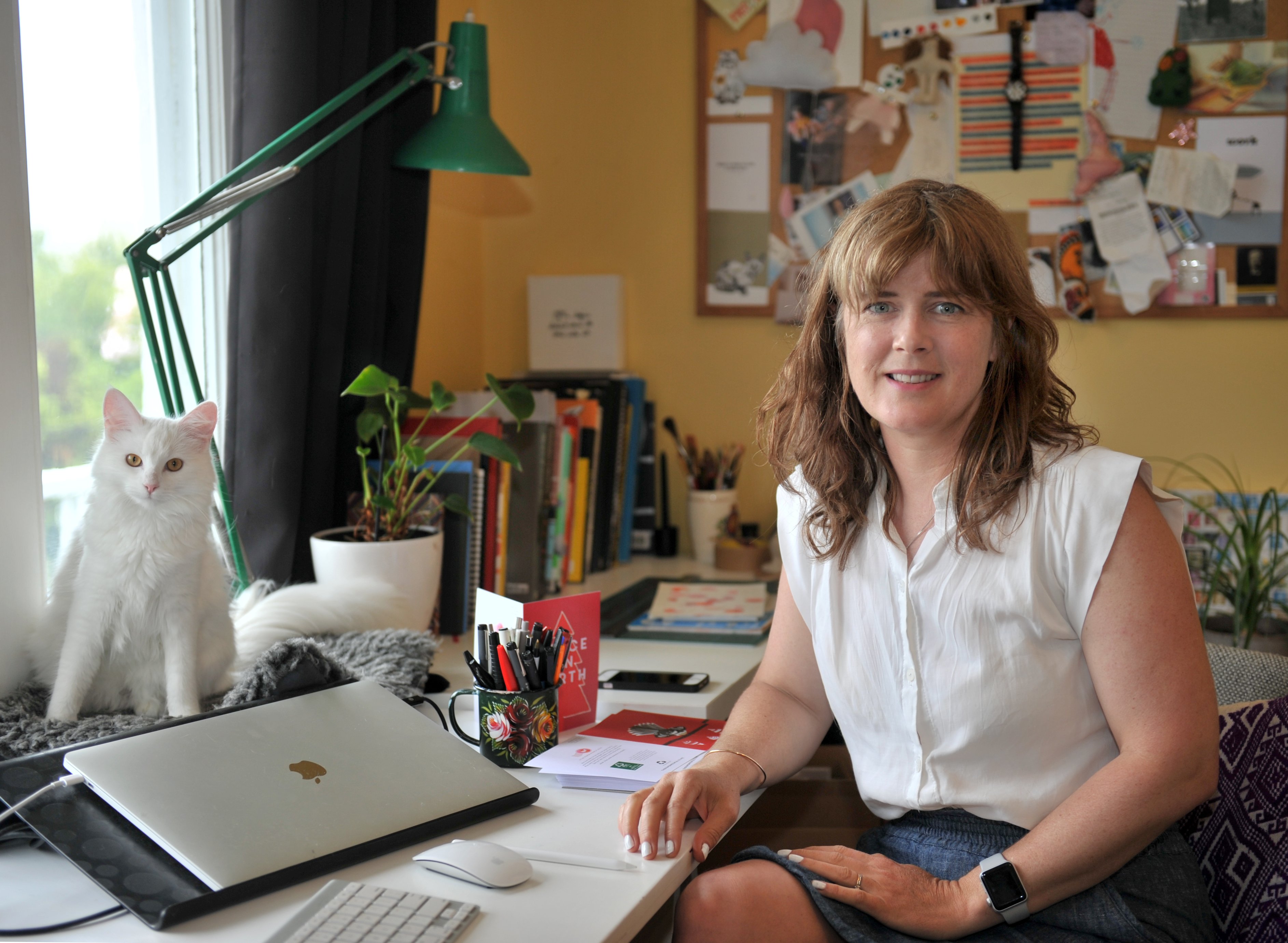 Bronwen Hurford, co-founder of The Paper People, in her home office with her Covid-19 rescue cat companion Luna. PHOTO: CHRISTINE O’CONNOR
From a studio at her home in Dunedin, Bronwen Hurford is on a mission to disrupt the greeting card industry.

Ms Hurford, a graphic designer, and her husband Johnny moved to Dunedin two years ago with their two young children.

In November last year, the couple set up The Paper People, a business selling eco-friendly greeting cards made in New Zealand.

Her aim was to grow the business, ensure cards were predominantly made in New Zealand and stop the mass import of cards from overseas. 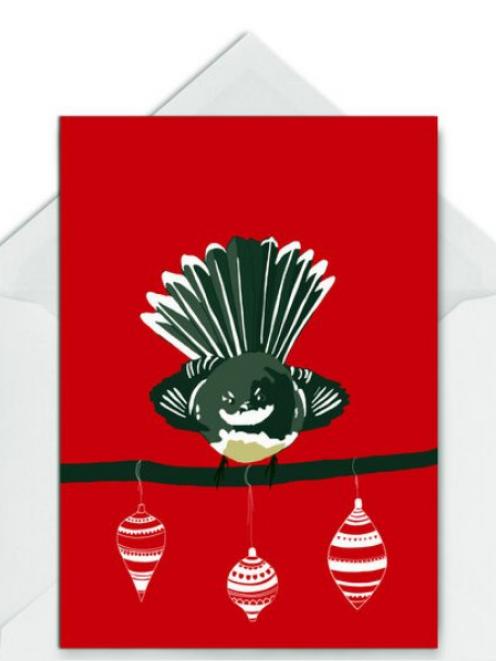 A sustainable greeting card.
And Ms Hurford — previously based in London and Auckland — believed Dunedin was the best place in the country to set up a sustainable business.

The city was welcoming for aspiring entrepreneurs with its supportive infrastructure and networks; its compact city size, house affordability and education focus; and the creative atmosphere enhanced by the friendly people and the city’s environs, she said.

After growing up in Christchurch, Ms Hurford moved to Auckland when she was 18, where she was involved in fashion, media "and all sorts of things".

It was after moving to London 10 years later that she got involved in graphic design, and she spent seven years in the city.

After convincing her Kiwi husband to move back to New Zealand, the idea was to return to Auckland, buy an "old dunger" in Grey Lynn and do it up. But the city she returned to was "not the same as it used to be".

"Returning home ... I was quite shocked about how much had changed — such as dense traffic and expensive rent for damp houses — and had second thoughts about whether it was the right place to raise a family.

"So, over the next few years, with babies in tow, we took several trips around the country looking for our new home before deciding on Dunedin."

She was captivated by its trees, loved how the facade of the city had been retained, and enjoyed the arts scene and the energy of the students.

Nearly two years later, they had not looked back. While they missed family and friends, there was nothing else that they missed — apart from Auckland Zoo, given their children were 3 and 5.

One thing she noticed returning from London where there were "amazing card shops", was that there did not seem to be the same here. And in the high-end shops, the cards seemed to be originating from design studios in London.

That, she thought, was crazy — "New Zealanders could be designing these cards".

Her father always said "stick to your knitting"; being a graphic designer, she decided it was something she could address and possibly change.

It was difficult to source paper, and she was getting it from France. Its FSC certification meant it identified which forest the paper came from.

The Auckland printer she used had an HP indigo press, which was digital, meaning cards could be printed in small runs so there was less waste to test the market. The machine itself was zero carbon and the ink was compostable.

A portion of the money from each card sale was given to charity Million Metres to help plant native trees along New Zealand waterways.

In the future, Ms Hurford intended to extend her range to incorporate designs by other artists, and to produce other sustainable paper-based products such as wrappings, diaries and calendars.

"We’re planting the seeds of a movement to encourage greeting card designers to go green," she says.

The popularity of cards was growing, something Ms Hurford attributed to people wanting connection with others.

They were becoming particularly more popular with the the 18-24 age bracket.

She believed Covid-19 had definitely had an impact as people looked at what was important in their lives, coupled with digitisation of lives in general. It took so much more effort to send a card than a text message.

Designs were also changing, and there were fewer specific cards. There was growth in "every day cards" — "just to say hello". Christmas cards were also making a comeback, particularly among young people.

"I think we’ll have cards for a long time," she said.