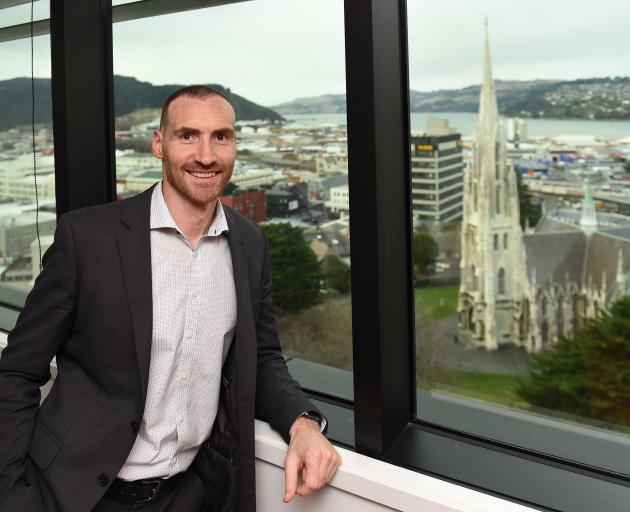 New Deloitte partner Jamie Adamson in the firm's Dunedin boardroom. Photo: Gregor Richardson
Jamie Adamson sees his role "almost as a custodian of the wellbeing of the economy."

Mr Adamson has come full circle; he returned to Deloitte last year - where he started his accounting career in the early 2000s - and was recently made a partner.

"My role enables me to solve all types of problems for businesses, and position them for sustained success.

"It's what makes me get up in the morning - knowing that I can have a serious impact on the success of local businesses, and help with growing our vibrant economy," he said.

After getting a taste for balance sheets and profit statements, he was hooked, and completed a commerce degree in accounting and management at the University of Otago.

"Accounting is one of those careers, like law, where there is a logical career path or `next step' from university. The idea of not having to think too much about my next move following graduation was a real advantage," he said.

From Deloitte, where he completed his chartered accountancy, his career took him to senior positions at various Dunedin-based companies including Port Otago, Silver Fern Farms, Kaan's Catering Supplies and Nichol's Garden Group.

That distance from a private practice environment gave him a commercial understanding of how clients operated and what they needed from their advisers, he said.

He returned to his roots at Deloitte in August last year. The challenge of bringing his commercial skills to bear in advising clients across a broad range of services, and helping solve diverse problems for different businesses, was very attractive for a self-confessed "numbers nerd".

"Dunedin and the Otago region punches well above its weight in terms of successful businesses, many of which tend to fly under the radar every day.

"I am inspired by business owners who are just doing their thing, and doing it well."

His career progression had always been about "right place, right time" and he was excited to see what the next phase would bring.

He acknowledged it had been a "big step up" and he had put a lot of expectations on himself to perform.

It was quite a different focus from being in the corporate world to being back in professional services.

It had involved some learning and upskilling and re-engaging with the wider community, but he had enjoyed all of those factors.

He enjoyed working with businesses and helping them through any challenges. The client range was diverse.

Deloitte was a great place to work and it was good to be back as part of a team.

"Sometimes out in the corporate world, you could feel a bit like the Lone Ranger," he said.

Flexibility was a large consideration for him when making his decision to rejoin the firm. With shared custody of his two children, it was important for him to ensure his workplace enabled him to make the likes of special school assemblies and sports practices.

Mr Adamson had a stint living in Sydney; however, the challenges of big city living only reinforced the uniqueness of Dunedin and the ease of living in the city.

"Dunedin has it all: mountain biking, beaches, it's a great place for kids and it has fantastic job opportunities. There's no better place."

Walking down the street in Sydney and not knowing anyone was a far cry from Dunedin, he said.

Giving back to the city was also important to Mr Adamson. He is treasurer of the Otago Museum trust board and on the Otago Polytechnic Council.

It was a waiting game for the polytechnic as it anticipated an outcome on Government plans to reform the sector.

Taking away the ability to make decisions locally would be to the detriment of the region, he said.