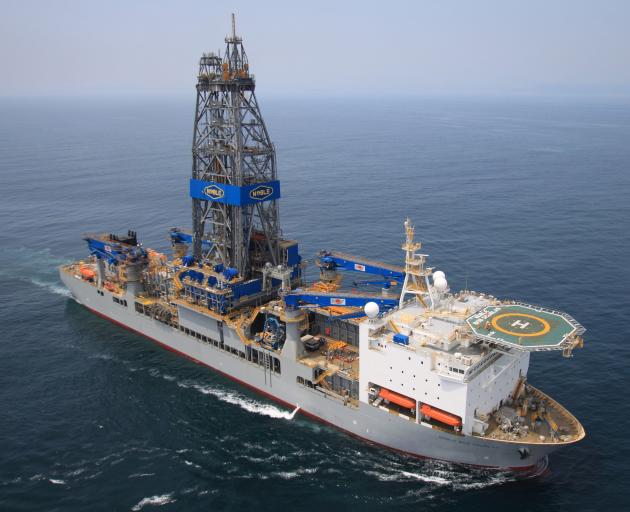 The hasty passing of legislation banning offshore oil and gas exploration is another example of how little the Government is considering the longer term implications of its ideologically-driven law-making.

Our country's ongoing energy security is an issue for all New Zealanders, but the Crown Minerals (Petroleum) Amendment Bill, passed under haste on November 7, will impact significantly on this.

It deserved far more consultation and analysis than was permitted by its fast-tracking.

The Minister for Energy Dr Megan Woods admitted that no assessment had been undertaken of just how the ban imposed by the new law would lower greenhouse gas emissions, or what the economic fallout will be.

The people of Taranaki, however, are now discovering the latter.

Some commentators argue the ban will actually lead to an increase in carbon emissions, because in the absence of a new gas supply coming on stream here, users will either be compelled to import fuel potentially from less environmentally-conscious producers or switch to coal, which is hardly an eco-friendly substitute.

Furthermore, energy costs are likely to increase, which will hurt not only our economy but the most vulnerable in society.

Many New Zealanders may not be aware that our current gas supply is likely to last for just seven more years and production volumes will diminish from 2021 onwards.

Given that the Government has effectively ruled out new offshore oil and gas exploration; and the fact onshore activity is unlikely, our chances of finding alternative gas supplies within our jurisdiction rest on prospecting activities permitted before the legislation came into force. Two of these are in South Island waters, off the coast of Otago and Southland.

What are these prospects, and what prospects do they potentially represent, not just for Southerners, but all New Zealanders, particularly given the looming fuel gap?

The prospects lie in designated zones of the ocean floor: the Barque prospect about 60km east of Oamaru, and PEP 50119 in the Great South Basin, off the southeast coast of Otago-Southland. Both of these areas are recognised as containing hydrocarbon resources potentially viable for commercialisation.

But the business of realising a commercially viable discovery on a hydrocarbon prospect is a lengthy and complicated one. There is no certainty of outcome; the historic chances of success are one-in-five. Should either of these prospects fall inside those odds, however, the ensuing development offers our region and our country many benefits, even as we move towards a carbon-free future.

Studies suggest the Barque prospect is a similar size to Taranaki's largest oil and gas field, Maui. It could double New Zealand's current oil and gas production, contributing up to $15billion in GDP and $32billion in royalties and taxes over its lifetime. Up to 5740 jobs could be created during its construction, and 2000 enduring jobs thereafter.

Barque offers the potential for piping gas to shore. This could effectively provide the South Island with its own supply of natural gas, as well as providing New Zealand with gas exports.

Should the prospect in the Great Southern Basin prove viable, it offers comparable economic benefits in terms of employment, contribution to GDP, tax and royalties and investment in the local and regional economy.

The words used to describe the type of transformation we could see under either of those scenarios are ''game-changing''.

Of course, let's not forget the hydrocarbons lying beneath the ocean floor are a carbon-based energy source, something we're moving away from. But gas is a cleaner-burning fuel than oil or coal. Surely, as we move towards a carbon-zero future, a transition away from oil and coal using cleaner fuels is the most sensible option to enable us to continue to be productive.

New Zealand Oil & Gas chief executive Andrew Jefferies has said that if our dairy plants transitioned from coal to natural gas, and if fertiliser and methanol plants could be built here, New Zealand gas would be better for the Earth than alternative energy sources such as Canadian tar sands, or bitumen from Venezuela.

On a more local level, the impact of a well on the sea floor has been likened to that of a large ship's mooring. And significant progress in drilling, well-capping and spill-containment technology in recent years should alleviate concerns about the environmental impact of spills and leaks.

Everyone acknowledges that we need to move away from the consumption of fossil fuels, but until sufficient alternative energy sources are found we need to secure our energy future so we can sustain our economy and our homes.

The companies behind the prospecting activities are Austrian-based energy company OMV (PEP 50119) and New Zealand Oil & Gas and Beach Energy (Barque), are responsible corporate citizens with good environmental records and their operations comply with New Zealand's stringent environmental and health and safety regulations.

They consult extensively with community stakeholders and iwi about their activities, and they support community and environmental initiatives.

Their presence in our region is about partnership, not exploitation.

They are not the evil corporates some paint them to be.

Nearly all New Zealanders want to lower our carbon emissions, but it's critical we do so in a planned and managed way to ensure our economy and our living standards do not suffer, while being mindful of our environmental responsibilities.

The South Island-based hydrocarbon prospects offer exciting possibilities for our region and our country.

Now that they're among the last this country will see, at least under this Government, we should support their continued activity.

-NZ Oil & Gas has until April 2019 to commit to drilling off Oamaru, and April 2020 to similarly commit to the Toroa permit, south of Dunedin. OMV was granted a two-year extension in October, pushed out to July 2021, to drill an exploratory well off Otago's coast.

"The Minister for Energy Dr Megan Woods admitted that no assessment had been undertaken of just how the ban imposed by the new law would lower greenhouse gas emissions, or what the economic fallout will be."

Genesis Energy Chief executive Marc England, ""When we do that (import coal), New Zealand is suddenly not self-sufficient for its energy," he said.
Added to the supply/demand problem was the planned outage of Unit-5, a highly-efficient, gas-fired turbine at Huntly, for five weeks later this month and next month. Unit 5, which serves 400,000 households, is already running at half its capacity due to the gas shortage.
"It's a bit of a warning for the change that New Zealand will have in a world without gas," he said."

Why are we getting such bad decision making from this government ???
What are their priorities ???
It's not pragmatic, in the best interest of NZ or even the planet.
It's more about signaling their virtue to the ideologs.