Future of sheep farming 'not flash' 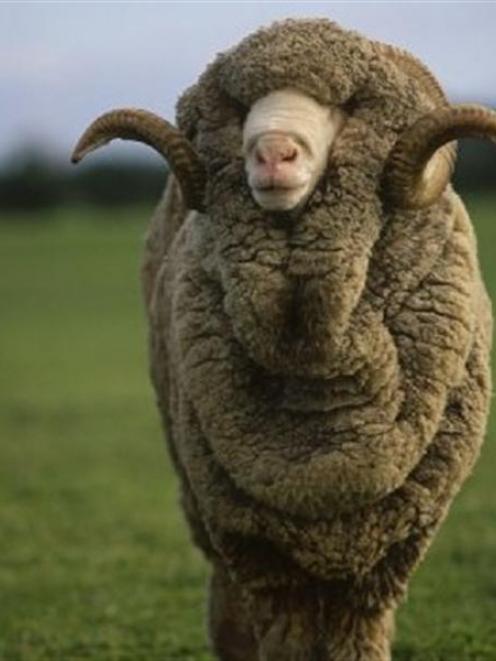 A scenario that he says is "actually quite on the cards" if the status quo continues.

Looking ahead 10 years, sheep farming, without commercial intervention, "does not look flash at all". 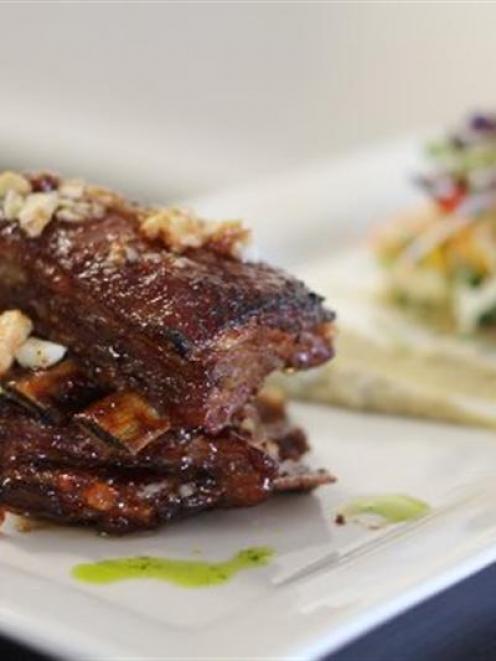 Silere Alpine Origin merino ribs.
The crossbred industry was once again languishing and Mr Brakenridge believed some industry-good leaders had "lulled everybody" into a false sense of security, by saying China was going to need protein.

"The world population did need protein but it did not necessarily need New Zealand's, he said.

"The increase in poultry alone in the next two years, above current production, is going to be equivalent of all sheep meat produced in the world today.

"If we expect to be there, we've got to be far better at how we take our products to market," he said.

Mr Brakenridge believed there was a future and potential for a crossbred industry, "but they've got to stop talking about structure and start doing things, and start concentrating on scale and market connections".

One of the biggest challenges the primary sector faced was talent and how to encourage young people to enter the industry.

Collaboration was also crucial to the future success of the sector. That had led Mr Brakenridge to champion a group of more than 20 chief executives from New Zealand's leading and emerging primary sector organisations, for a six-day "boot camp" at the Stanford University campus in California, in August.

"It's beautifully positioned for it, but we've just got to get better at how we take our products to market, both individually and collectively", and that was the essence of the camp.

Some "rock stars" from Stanford's business faculty also gave presentations and there were insights from some very successful US businesses.

Jeremy Moon, founder of Icebreaker, gave a presentation on the journey of his company. Icebreaker had done a "fantastic job" and had been great for New Zealand's reputation. It had become a New Zealand "icon", Mr Brakenridge said.

The group involved in the boot camp all identified some actions back in August and they would be meeting again in February to outline progress - what they had done and how they were making a difference to their businesses.

More activity would be started in the next six to 12 months, in terms of employment opportunities and collaboration.

From a commercial point of view, trying to do things individually was going to become "harder and harder", Mr Brakenridge said.

An example of a successful partnership was NZ Merino teaming up Silver Fern Farms with the Silere Alpine Origin Merino meat initiative, which was proving very successful.

Unashamedly, at NZ Merino, they were building a business. They wanted to build its economic success but they wanted to make a difference for the stakeholders, most notably the growers, he said.

NZ Merino was in a "unique position", as 70% of what it sold was through contracts.

The commodity market could "crash and boom and bust" but, under the NZ Merino model, it provided stability for both the farmer and the end market.

There was "a whole lot of excitement" about what was happening in the fibre side of the industry.

The active outdoors market continued to grow and there was still "huge scope" for growth.

With assistance from the Government's Primary Growth Partnership, NZ Merino has been investing in production science initiatives to unlock the potential of "the perfect sheep" - a sheep that was healthy, fertile and high-producing, with high-quality meat and wool fit for high-value markets.

Leading the project is geneticist Dr Mark Ferguson, who specialises in fine wool sheep and who has moved from Western Australia to Christchurch to join NZ Merino.

Merino sheep had been managed and selected mostly to produce wool for the past two centuries and remained relatively unselected for meat and reproduction traits.

There was "enormous scope" to bring more balanced selection and more strategic nutrition into the merino industry to unlock its potential, Dr Ferguson said.

He will drive initiatives such as extending the geographic range of fine wool sheep, facilitating the uptake of estimated breeding values, providing robustness including solutions to footrot, and facilitating the development of the sheep that combined the optimum traits for productivity and returns.

The latest molecular genetics technologies would be used to build a new footrot genetic test and that test would also check the animal's genotype for all production and health traits.

"This technology means that a drop of blood collected from a lamb's ear at birth could be used to not only predict the likelihood of that lamb contracting footrot, but also to predict how much and what quality wool it will cut as an adult, how fast it will grow, its likelihood of getting a worm burden, and dozens of other traits, including what the consumer's eating experience will be when that lamb hits the plate," Dr Ferguson said.

Mr Brakenridge said the desire to provide farmers with an easy-care and market-led sheep marked the "beginning of a new era" in New Zealand's sheep industry.

The work being done in production science, particularly in areas like footrot and productivity, meant over time the animal had "so much more scope for many, many more parts of New Zealand," he said.

It was good news from the market perspective that the results could be achieved through the careful selection and amplification of existing genetics, rather than using some of the more controversial techniques discussed in recent years.

Mr Brakenridge put the success of NZ Merino largely down to tenacity.

"You've just got to have that enthusiasm in what you're doing. You've got to have empathy for the sector ... and from then on, it's tenacity."

But it was a commercial world and the company "can't for a minute rest up".

"Yes, we've got some good relationships but ... you're only as good as your last two or three interactions."

• Growers will have an opportunity to meet Dr Ferguson and learn more about NZ Merino's production science initiatives at a series of workshops next month.