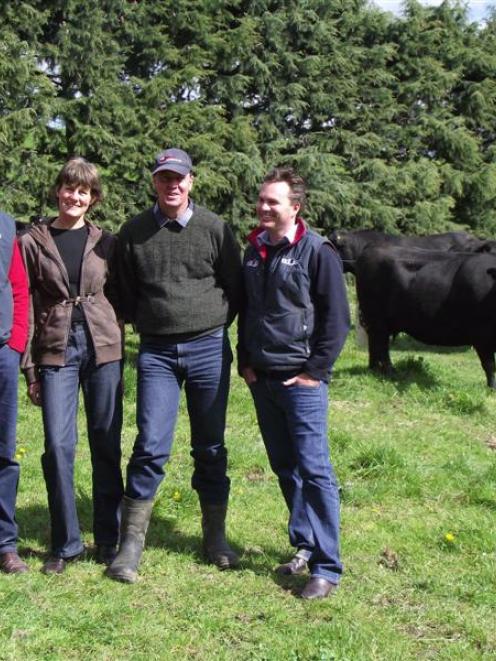 Their presentation aimed to educate commercial farmers on how to interpret the information available so they could best use that information for their own herds.

While some commercial producers were eager to gain more knowledge, others did not want to deal with it, yet still wanted to buy the best bull for their operation, Mr Duff said.

He encouraged farmers to talk to their bull supplier and tell them exactly what they wanted a bull to do and the environment it was going into.

The pair were not telling farmers which way they should breed.

"We're saying, here's the information to help you breed which way you want your herd to go," he said.

The tools were there and the trick was to know how to use the information or to talk to the stud breeder, he said.

Mr Sanderson said clients wanted to learn more and the forum had been interactive and hands-on, with cattle on site to support the presentations and discussions.

At Fossil Creek, they were not totally focused on Breedplan or EBVs or performance recording, and there was a chance to show other aspects of what they were doing.

It was all about a package - "we don't sit down and mate cows on the computer" - and it was a good to promote the balanced programme of what they did.

One farmer attending said he took an interest in EBVs because he believed in the figures. Genetics had been a "big thing" in the dairy industry and he had seen EBVs work in that industry.

New Zealand Angus Association president Bruce Alexander said people were increasingly wanting to understand the EBV system and it could be a bit daunting at first. It was good to get some expert advice.

Looking at the trends over the past 20 years, genetic improvement was certainly going the right way and that needed to continue, he said.