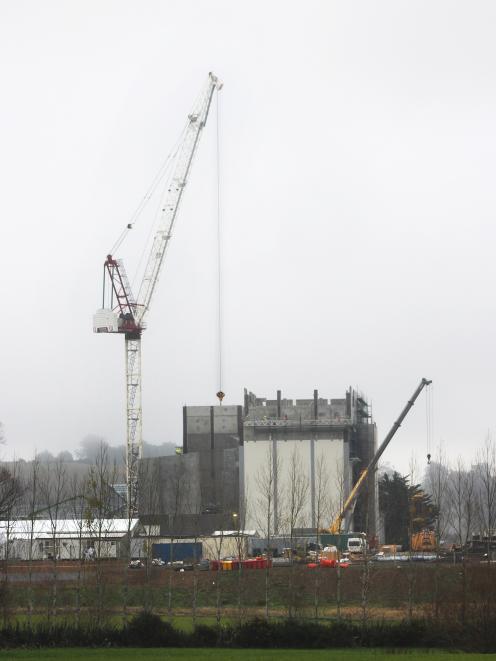 The company has reached the next stage of the project, announcing on Monday it would start laying utilities infrastructure this month which would connect the McNab plant to Gore.

About 5km of utilities would be laid, the route following MacGibbon Rd, then passing under the Mataura River to River St, before heading south to the Gore District Council's oxidation ponds.

The trench for the utilities will be 2.2m wide and at least 1.2m deep.

The work will be done in stages and take about seven months.

In May, Minister for Land Information Mark Mitchell visited the plant on his first trip to Gore.

Mr Mitchell said he was impressed by the community support and cohesion of the Mataura Valley Milk project.

It was a hugely impressive facility, he said.

``For Gore and for New Zealand it is hugely significant ... In terms of overseas investment [in New Zealand] it is on the larger side,'' he said.

While the project was halfway complete in terms of infrastructure, only one-fifth of the work hours had been completed, Mr May said.

When the building was complete and milk was being processed, there would be 65 full-time-equivalent jobs at the plant, Mr May said.

``There's been a great flow-on to the community.''

When the plant was completed, it would be the best nutritional plant in the world, he said.

It would produce 30,000 tonnes of infant formula per year at full capacity, which would be reached by the fifth year of operation, he said.

The plant would need to process 500,000 litres of whole milk a day to produce the required amounts of infant formula, but it would be able to process two million litres a day, Mr May said.

A total of 80-85% of the product produced by the plant would be exported.

Processing milk at the new plant would start in August next year.

Southland farmer suppliers would own about 20% of the plant, Mr May said.

Bodco is a dairy business with a world-class pharmaceutical grade blending and packaging plant in Hamilton.

Some product would be sent to the Hamilton plant to be blended and packaged for export.

``We are all in this together, which is unique,''Mr May said.

The next step for Mataura Valley Milk would be to arrange milk supply agreements with farmers, which would happen in the next few months, he said.