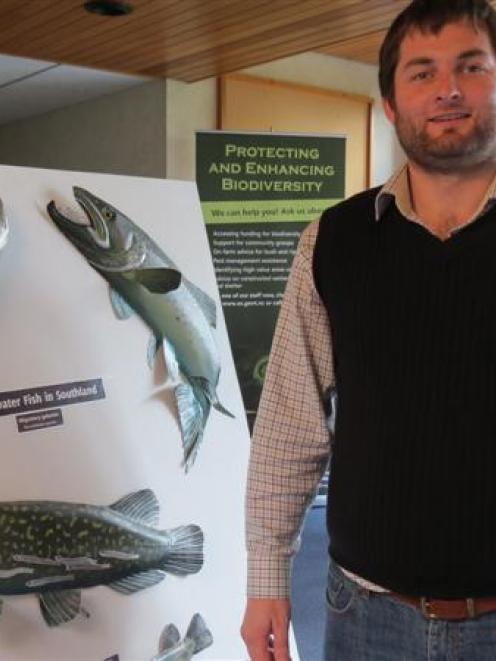 He sent out a questionnaire in August to about 600 registered holders of whitebait stands in the lower Mataura and upper Aparima areas, to find out their opinions on their whitebaiting experiences.

About half of the respondents (54.5%) of the survey wanted to see more whitebait and better water quality, while about 23% thought there was no need for any change. About three-quarters (73%) of the 100 respondents said they were happy with their experience. However, 20% said they were not.

Dr Hicks asked whether they enjoyed the whitebaiting as a recreational activity, what would improve that enjoyment, how long they spent fishing, how much was caught, if they noticed any negative environmental impacts and whether they wanted changes made to improve their experience.

''We tried to get a handle on how important those activities are for the region,'' Dr Hicks said.

''[And] what sort of environmental factors, river conditions or weather patterns drive a good year.

''We also wanted to look at how many were being caught, what years had been good or bad [for catch size] and what was the explantation for those good and bad years.

He said catch sizes varied from less than 500g to hundreds of kilograms.

''The feedback has been really good and we had a good response from people who were happy to share information.''

• Most of those who filled out the survey form had been whitebaiting for more than 10 years, with some more than 30 years.

• Fifty people spent more than 30 days fishing per season while most spent between three and six hours a day fishing.

Other comments included the need for better access and less weed, and about 20% said they would like to see fewer people. Others said they enjoyed the social experience as it was ''nice to have a chat.''

''Nobody said they wanted more people.

''Some said the fishing should be closed for one day a week but that is something that would have to be put to Doc as they manage the fishing,'' Dr Hicks said.

Other issues such has having one net per stand and requiring a licence also attracted comments.

''For many it is the socialising, the lifestyle, and the fish were just a bonus.

''It is a very important culture,'' he said.