Triallist just wants to get better 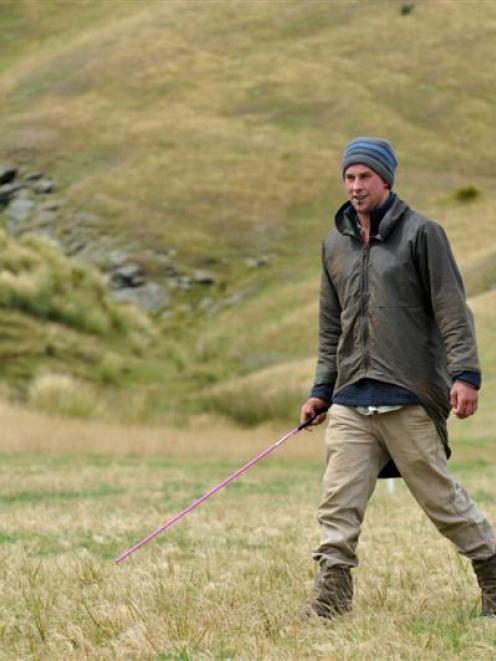 Waipori Station shepherd Cody Pickles competes in the Taieri Collie Club's annual trials at Lee Stream. Photo by Gregor Richardson.
When Cody Pickles goes to the dog trials, he takes his Gin with him.

The young Otago shepherd also takes Dusty, another member of his eight-strong working dog team. Both dogs are heading dogs.

Mr Pickles (23), who is in his second season of ''having a go'' at dog trialling, works at Waipori Station, a 12,000ha Landcorp Farming-owned property on the shores of Lake Mahinerangi.

From Duntroon, in North Otago, he left school at the end of year 11 at St Kevin's College and worked as a mechanic before becoming a shepherd, drawn by the attraction of being outside and seeing some different country.

Having a team of dogs also appealed and his interest in dogs began initially with pig dogs for pig hunting.

While describing his dog trialling performances as ''a bit rough'', Mr Pickles enjoyed the challenge of the sport and meeting others. His aim for the future was to ''just get better at it''.

He believed the key to being a successful triallist was training your dogs well and while he did not get much time over summer, he spent a fair bit of time doing it over the rest of the year.

This year's South Island and New Zealand championships will be held in South Canterbury in May.