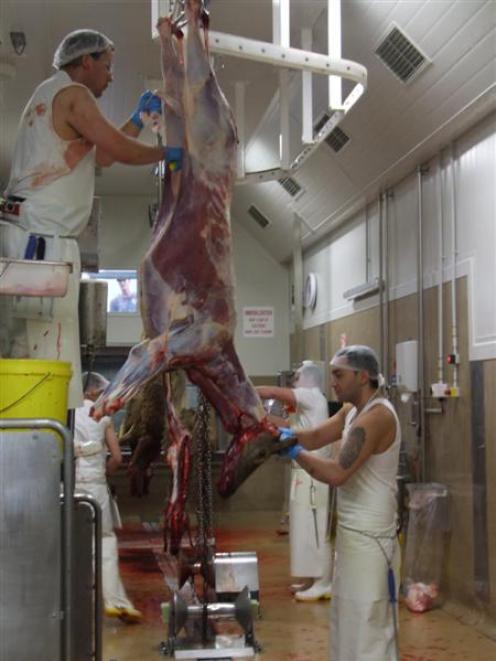 The $8.6 million project had to be ready to coincide with the closure of the Sockburn plant earlier this year.

Building began in early December last year with a target date of July 2 for commissioning.

Venison processing ceased at Sockburn on May 25, which gave the company five weeks to decommission the venison operation there and retrofit the equipment into the new plant. 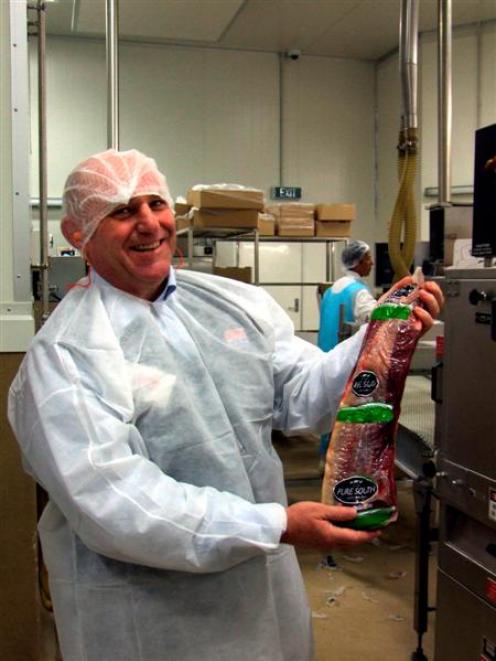 The venison plant, which served upper South Island suppliers, was now operating at full capacity, processing up to 420 carcasses a day.

Deer suppliers were invited by Alliance Group to look through the plant earlier this week.

Until now, Smithfield had only processed sheep and lamb so the company described the venison addition as a "major milestone".

The outlook for venison remained positive and the investment at Smithfield showed the company was focusing on processing a variety of products for global markets, general manager of livestock Murray Behrent said.

The Smithfield plant, on 18ha of land on the outskirts of Timaru, has been operating since 1885.

It now operated two ovine chains and one cervine chain with a daily kill of up to 7400 ovines and 420 cervines, employing 510 staff at peak kill.

The plant operated almost year-round, the normal kill pattern being November to August for beef and July to May for venison.

The venison plant could process up to 210 animals a shift, with further processing of up to 100% of the kill, Mr Lindsay said.

The aim was to provide a modern, efficient food-processing facility, improved processing capacity for peak periods, and flexibility to meet the ever-changing market requirements.

The company was now looking at providing a range of edible offal products, something that was new to Alliance Group, he said.

Smithfield had become the second plant in New Zealand to get Chinese listing.

Makarewa had been audited and, hopefully, both plants would soon be Chinese listed.

The company saw much untapped potential in that market because of the increasing wealth in the middle classes, she said.

VIAscan technology, which measured the meat, less the fat and bone, to capture yield performance levels, had been operating at the Makarewa plant in Southland since early this year, and it was hoped to bring it to Smithfield next year.

The technology was a tool for suppliers to assist them in on-farm decision making. The aim was to achieve improvements in prime and loin cuts, she said.

Deer were introduced to the company's farm assurance programme this year, which was essential for supply to United Kingdom supermarkets.

It provided assurances to customers that suppliers understood their obligations to food safety, animal welfare and the environment.

Alliance supplied venison to Marks and Spencer and was also in discussion with Tesco and Sainsburys.

Deer would be included in the Hoofprint software package, which was developed in conjunction with Dunedin-based AbacusBio to measure on-farm carbon footprints, from next year.

Alliance Group was also "very pleased" to be involved in the deer progeny test, an initiative for the industry which began last year, Ms Allan said.

The company had committed both funds and manpower to the project, which had the aim of improving genetics for the good of the industry. It was a continuation of the central progeny-test lamb programme.

It was hoped to have the data collated by February next year, and it would be incorporated into DEERSelect.

Alliance Group had refreshed its Pure South brand and was looking into further Chinese joint ventures, and Asian development, through value-chain exploration and new product development.

It was considering further development of its UK retail business with Marks and Spencer and continuing consolidation in the market.

There was a reasonably stable forecast for slaughter numbers for the next three to five years, which should assist market-price stability.

Volume and improved quality of European product could have a significant effect on New Zealand returns, she said.

For the first time, there were yield figures against carcasses and, hopefully, in a year's time, that would "hit our bottom lines".